I believe that we can dispense with one possible reason why a cat might like to jump into a fridge when the door is opened and that is because it’s cold. It would be highly unlikely if a domestic cat likes to jump into the fridge to keep cool or to cool down if the room temperature is about 70°F (around 21°C). It is possible if the cat is overheating for a reason; perhaps because he has a mild fever. I am speculating but there are far more likely reasons. The 3 reasons are: hidey hole (reassurance and security), smells and inquisitiveness. 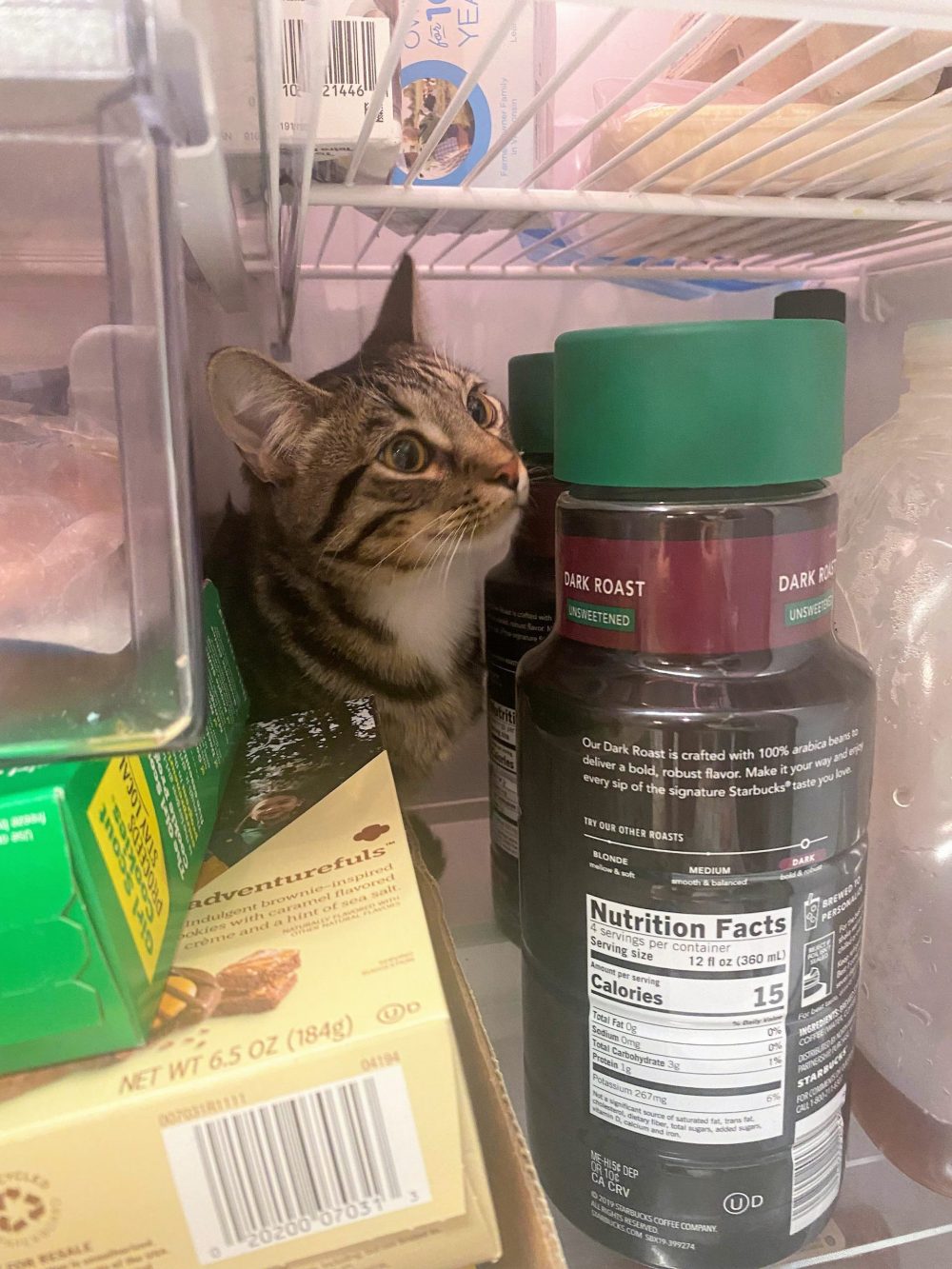 This tabby cat always jumps into fridge when it is opened. Photo: u/irisvent on Reddit.com.

Firstly, fridges are quite compact ‘cupboards’ and inside this chilled ‘cupboard’ are interesting things. Cats instinctively like to jump into small enclosed areas to explore them. It is part of their nature as they are very inquisitive. This can, rarely, lead to emergencies.

So, the first reason would be their natural inquisitiveness. If they are exploring the interior of a fridge, I don’t think that they will feel the cold at least for quite a while. Fridges are set to about 4°C which would be a cold winter day in the UK. Domestic cats can roam around under those sort of temperatures for quite a long time without really being bothered about it.

Therefore, if a cat wanted to jump into a fridge because of their inquisitiveness, they might just sit there for a while enjoying the enclosed space and perhaps the sense of security that it provided.

Another reason would be the smell inside a fridge. There may be something in the fridge, even if it’s in a closed container, which emits a scent which interests a cat. In fact, arguably, a cat’s inquisitiveness is more often motivated by interesting smells than interesting sights.

And as a fridge is full of food, it is likely to have interesting smells. I know that my fridge pretty well always smells of something.

And thirdly, a point that I have touched on above, fridges are compact spaces which cats like to get into for a sense of security. On a slightly different topic, I happened to have some catnip tightly wrapped up in kitchen foil in one cupboard in my kitchen. It is well wrapped up but despite that and despite the fact that the cupboard is chock-a-block full of cat food, he jumps into it every time I open the door. And it’s not just about the catnip. It’s the smells of the cat food and the ‘hidey hole’ nature of the cupboard.

To some domestic cats, the fridge is very enticing, so much so that they learn how to open it. You may have seen the videos where smart domestic cats remarkably learn to get into a fridge. It’s difficult to do for a cat but they are well motivated. Under these circumstances it is probably a tasty treat inside the fridge, being chilled before the next serving, which drives them to try and get in. Cats learn to open the door by observing their human caregiver and copying. Their athleticism helps.

Below are some articles on supposedly ‘strange cat behavior’. 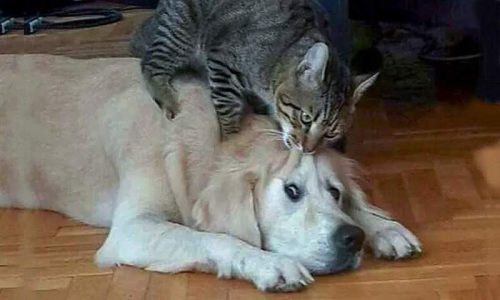 I love the photo although I doubt whether the owners of this cat and dog are as delighted. Or perhaps ...
Read More

Here is an infographic on strange cat behaviour. Due to its size, it is limited to six forms of strange ...
Read More 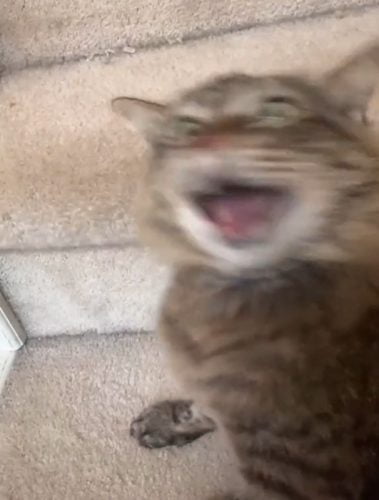 Cats can be ticklish. Discuss. We see this quite a lot in videos. Cat owners think that their cat is ...
Read More

My cat refuses to get on the couch or bed unless paper is provided to sit on. Why?

This is an interesting phenomenon which is discussed on the Reddit.com website. One of the users says that their cat ...
Read More

My cat eats birdseed. Here is the proof in a video! Although, it is important to note that he only ...
Read More
Please comment here using either Facebook or WordPress (when available).