Here are 40 facts, presented in bullet-fashion for readers, about the ever-popular Maine Coon cat. As at 2022, the Maine Coon is probably the most talked about cat breed anywhere. This is probably due to the social media and the fact that they are being bred ever larger particularly in Russia where some breeders create outstanding cats which attract the attention of Internet users worldwide. They have possibly become more popular than the Persian in America.

MC (Maine Coon) square muzzle per CFA breed standard. Image by MikeB based on a photo in the public domain of a European-style MC. 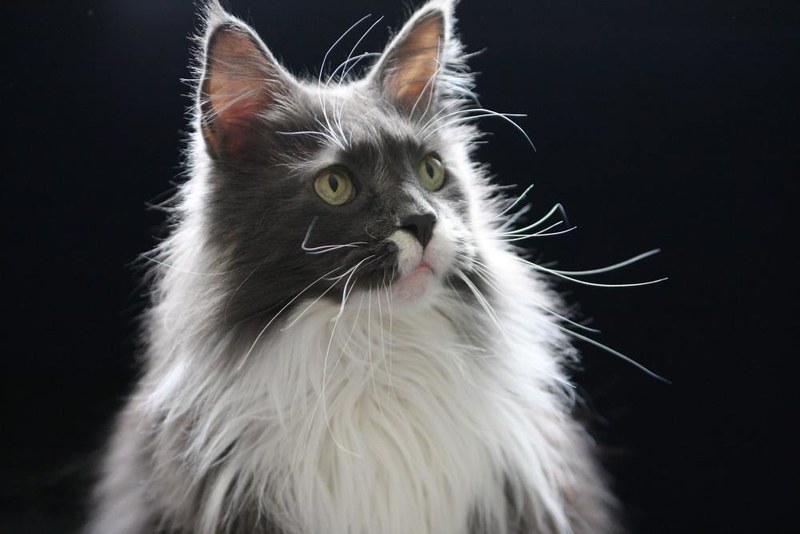