HUMANE CANADA, the Federation of SPCAs and Humane Societies, has provided us with a very useful chart. It tells us that with respect to cats at their shelters there has been a 45% reduction in euthanasia rates over the period 1993-2020.

It appears that the lockdown or limitations in movement throughout the pandemic in Canada, and indeed in the UK and USA, has increased the desire to adopt a pet. Or, companion animals have become more important to isolated people, which is entirely consistent.

The number of cats adopted in Canada in 2020 was at the highest rate ever. Almost 70% of cats taken into shelters were adopted.

And, as you can see from the chart, there has been an approximate 20,000 drop in cat intakes into their shelters over the period 2019-2020. The simple reason must be that people are retaining their cats when otherwise they would have relinquished them.

This may partly be due to Covid and partly due to improved strategies by the shelters who place more emphasis on supporting families who want to relinquish their cats so that they retain them.

The return rate for reuniting cats with their owners was, according to the Windsor Star, an online newspaper, at its highest level ever in 2020 at 17%. Another good statistic is that more stray cats are being returned to owners to become cared-for domestic cats. The reason? More micro-chipping? More efforts to reunite?

Shelters say that a stray cat is more likely to return home of their own volition and be reunited then be reunited thanks to the efforts of a shelter.

Some reasons for these improved numbers

These pleasant statistics are also partly due to an increase in the number of foster homes. This, as I understand it, improves their care because foster homes are less stressful for the cats. It is better accommodation than in a noisy shelter with more activity. When cats become stressed at shelters, they become less adoptable and they might be euthanised as a consequence.

Another reason for the success, they say, is that shelters are “taking a more inclusive approach to adoption applications”. I interpret this as meaning they accept people as adopters nowadays who would not have been accepted in the past. This doesn’t necessarily translate to being careless or too lenient. It just means that they might ignore or waive certain elements of the applicant’s background and focus more on their ability to care for a cat.

And finally, as mentioned, they are “looking for more ways to support families to keep their companion animals”. This appears to mean that Humane Canada with funding from PetSmart Charities of Canada are providing grants “for the development and delivery of pet food bank programs across Canada”. The result: keeping pets with families rather than abandoning them.

A consistently disappointing statistic is the much lower euthanasia rate of dogs compared to cats. You can see from the chart 60% of shelter cats were euthanised in 1993. In the same year 30% of dogs were euthanised. And even in 2020, there is a difference with 12% of dogs being euthanised compared to 15% of cats. Although, pleasingly, the difference has dramatically narrowed.

The Grand Strand Humane Society is an open admission animal shelter which takes in animals from Myrtle Beach, a city ...
Read More

Cat TV for rescue cats at shelters to enrich their environment

Here's a cool idea which I like a lot from the Progressive Animal Welfare Society (PAWS) in Lynnwood, USA. They ...
Read More 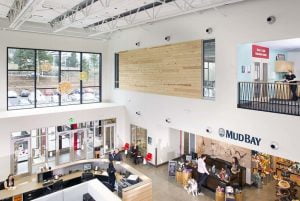 Toxic work environment inside a palatial building at Seattle Humane

The Seattle Times has lambasted a glossy animal shelter: Seattle Humane, for not carrying out the promises that they made ...
Read More

The higher an animal shelter’s live release rate the higher the rates of burnout in shelter staff?

There is a study online published on Jan 17th 2020 which, as I understand it, essentially looks at the mental ...
Read More 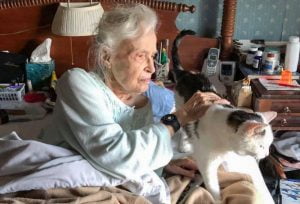 CATAWBA COUNTY, NORTH CAROLINA - NEWS AND COMMENT: In terms of cat adoptions, I think that the combined age of ...
Read More 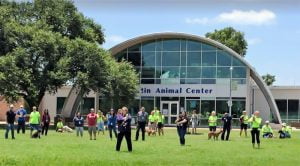 The No Kill Advocacy Center reported on their Facebook page that Austen's animal shelter had enacted a new rescue policy ...
Read More

SOUTHAMPTON, NEW YORK STATE - NEWS AND COMMENT: This is an unusual story of a female feral cat who might ...
Read More 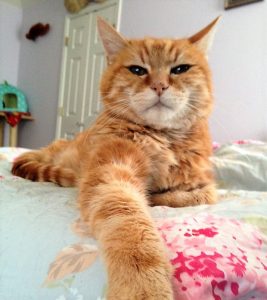 On Reddit.com a person (Reddit username: u/DoctaEiffel) posted the headline Dumped at a shelter after 18 years because his family ...
Read More
Please comment here using either Facebook or WordPress (when available).