When a lot of people feel that they have to cut bits off a cat to modify them it is one sign of the failure of cat domestication. It is a lack of acceptance. In two of the five cases the reasons are entirely practical but they are still signs that cat domestication is very imperfect, perhaps too imperfect. 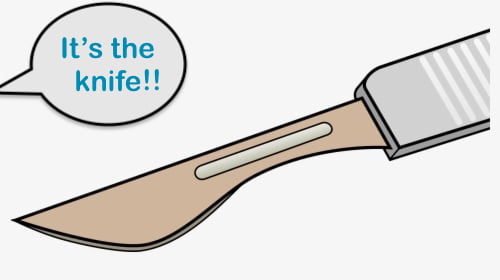 Ten times the distal (extreme end) part of each forepaw is cut off from the last joint. This is ten (sometimes botched) amputations done in 15-20 minutes. It is the worst example of deciding that it is necessary to modify the domestic cat to make them acceptable in the eyes of millions of North Americans. It is very odd and disrespectful human behaviour and very painful for the cats. It is worse than that as the cats can suffer lifelong problems with gait, arthritis, pain, claw regrowth, fragments in paws, discomfort and biting.

We have decided that this is necessary and it is. No one can argue against it but it is still modifying the domestic cat to make them fit in with the human world. Hypothetically let’s say that there were 100,000 domestic cats in the world (there are actually half a billion) and that domestic cats were poor breeders as opposed to very good breeders, there would be no need for spaying and neutering. Perhaps we chose the wrong animal to domesticate. It is funny that we stop cats breeding but not humans when rapid human population growth causes so many logistical and habitat problems. 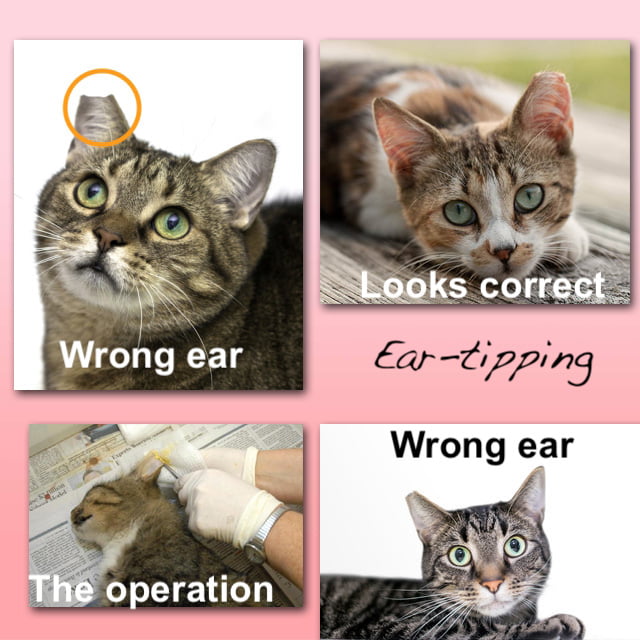 Ear-tipping. Photo: various sources and believed to be in the public domain.

This is also necessary and useful but it disfigures the cats concerned. When feral cats are spayed and neutered the technician cuts the tip of the left ear off to about 1/4 inch to tell others that it has been done. You see, if there were no feral cats because humans did a perfect job of cat caretaking there would be no need to ear tip. Ear tipping is a symptom of human failure at heart.

These are often cosmetic haircuts to make a longhaired cat look interesting. However they can be useful in hot weather and to manage fleas a little more easily. So there is a practical side to the lion cut but it requires a general anaesthetic which is dangerous. You should not place your cat at risk, even if it is quite slight, of brain damage or death for a lion cut.

Some Manx cat breeders dock the tails of their kittens when they are born with tails that are too long. Also tail docking can take place for health reasons. This is appalling. If Manx breeding sometimes requires tail docking the cat should not be bred. This is largely about appearance.

Breeders don’t cut things off their cats more than anyone else but they play God by modifying and moulding the appearance of their cats by selective breeding. It conflicts with natural selection. Nature wants natural selection to improve survivability but breeders can’t accept what nature demands because they think they can do better than nature. It’s called human arrogance.

Humans do like to cut bits off their cats. Wouldn’t it be perfect if we left then entirely whole exactly as nature intended? There is this desire by the human, divorced from nature, to play God with animals. We can’t leave them alone. We like to use, abuse and modify them. Of course I am generalising a lot as there are millions of cat guardians who are wonderful with their cats.

Can you think of more ways to cut bits of domestic cats to improve them? In dogs there is also docking; one breeder shaped the ears improve their appearance – a crime in the UK incidentally. And debarking, for example.