It is universally accepted that a high percentage of domestic cats like to eat grass. It looks incongruous. Grass is a plant and cats are strict carnivores, so what is going on? The experts have puzzled over this for a long time and you’ll see a range of theories posted on the Internet. Over time, the experts have gradually drilled down to 2 plausible reasons but there is still some uncertainty. I, for one, am not uncertain. 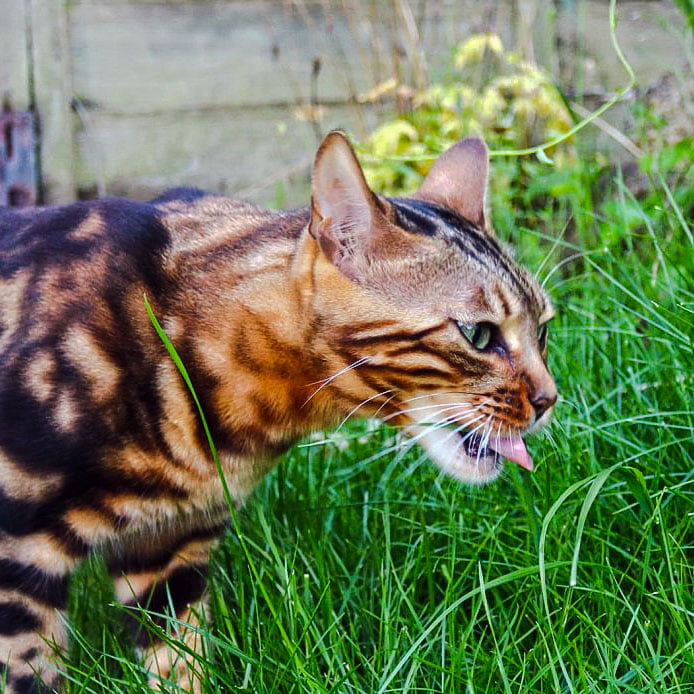 For many years the favourite reason given was that grass acted as a laxative to help cats pass those troublesome hairballs stuck in their intestines. The second theory, a spin-off from the first, was that grass made them vomit. This was a deliberate act on behalf of the cat to get rid of those pesky hairballs. This theory was and probably still is based upon the observation that cats do sometimes vomit after eating grass so it must be a deliberate act to provoke vomiting.

However, cats might vomit after eating grass not because they want to make themselves vomit but because the grass irritates their digestive tract, a negative side-effect of what is possibly the real reason why they eat grass, namely to ingest folic acid, vitamin B9 (folate), in the juice of grass which they cannot obtain through meat eating. Folic acid is essential to their health. It plays an important role in the production of haemoglobin. A cat deficient in folic acid may become anaemic and it affects their growth.

Another theory was that eating grass helped cats if they had a throat inflammation or an irritation of the stomach. It seems to me that grass works in the opposite direction in that it can cause irritation resulting in vomiting but this is a minor consequence because domestic cats are very good at vomiting in any case. It doesn’t bother them to throw up from time to time and it is an accepted minor side effect set against the greater benefit as mentioned.

It was once thought that cats ate grass because they were ill with parasitic worms for instance but a study found that cats were not ill before they ate grassA and therefore this theory has to be discounted. Another theory is that cats eat grass because they simply like to do it. This holds more water than the other theories bar the folic acid one. They might simply like the texture and taste of grass. If they vomit afterwards well so be it: that’s their mentality.

Of all the theories, I am pretty certain that the best one concerns folic acid and they like chewing grass anyway! You see, it’s a combination of those two which ticks the box. You can buy grass in trays for indoor cats. 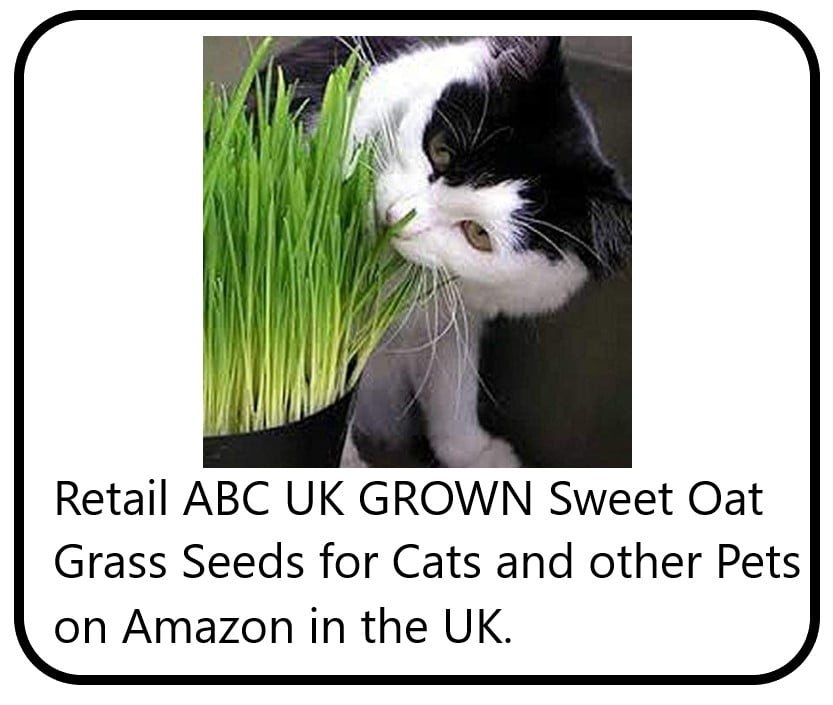 A: Benjamin L. Hart, DVM, and his team of researchers from UC Davis School of Veterinary Medicine.