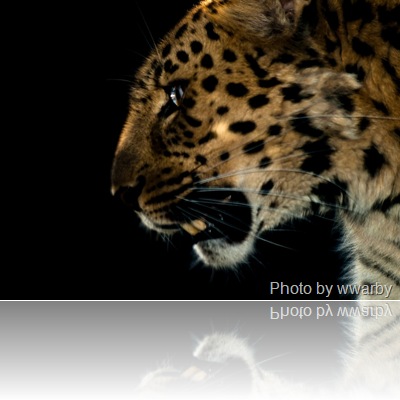 Amur leopards are a subspecies of the common leopard. They used to live in the eastern regions of Russia (which includes the Amur region), northern China and Korea but today (2009) are confined to a part of its native area (southwestern Primorye1in Russia). This area is south west of Vladivostok, on the east coast of Russia and it is the most northern of all the regions where the common leopard is found2. It is an area shared with the Amur tiger or Siberian tiger. The common leopard should be distinguished from the clouded leopard, snow leopard and the Asian leopard cat (the wild cat parent of the domestic Bengal cat), all of which are different species of wild cat. The scientific name is Panthera pardus ssp. orientalis.

As I have already discussed the common leopard in a post called leopard facts this post simply looks at the region, conservation issues and briefly its ecology.

There is some confusion concerning this wild cat’s name. The title “Amur leopard” is, I think misleading as this subspecies of leopard no longer occupies all of the Amur region (if we regard the Amur region as the far east of Russia) but a tiny part of it. This is due to its persecution by people. For the sake of completeness the Amur region of Russia is sometimes described as the Amur Oblast (one of the 83 federal “subjects” – states – of Russia). It is marked on the Google map below:

The Amur leopard is no longer found4 in Amur Oblast today (2009).

A 2007 census (count of numbers – note: counting wild cats is notoriously difficult) of the Amur leopard discovered that only 14-20 adults and about 5 cubs existed and all of them were in the southwestern Primorye region of Russia5. The population is decreasing!6 This area now represents the range of the Amur leopard. The range of the common leopard as a whole is the widest of all wildcats7. Although in another camera trap survey the population was stated as being stable at 25-35 individuals8and the same source states that there could be 10 individuals in the Jilin and Heilongjiang Provinces of China9but this seems to be out of date as the Amur leopard is now considered extinct in China and Korea10. The Amur leopard is described as “native” to the Far East region of Russia11 . But historically is also described as occupying northeastern China and Korea12 .The word “native” means born there or the original area of this species (in this context). As mentioned this is far from the case today.

The marker tells you were this cat lives – please zoom out to see the wider picture!

What does it look like on the ground? It is impossible to find a suitable photograph. A description will have to suffice. The area includes:

Judging by the extremely threatened situation regarding population size (which seems barely sustainable on the grounds of inbreeding problems) threats to the Amur leopard have outweighed conservation measures over the past years. It is considered critically endangered by the IUCN Red List of Threatened Species®. Even recently a female was simply shot14, I suppose for sport hunting. Astonishing isn’t it?

Experts from 8 countries think that this leopard is in imminent danger of extinction. I don’t think it takes experts to realise that! An awful lot of words have been spoken and written but there has been less in the way of action. Threats can be summarised as:

Conservation should simply be the reversal of the threats. This cannot be the case because of human population growth or increased human activity. That leaves us with shoring up the defenses of this cat as a last ditch measure. Russia has shown little interest until recently as reflected in the Amur leopard’s decline. One possibly useful tit-bit of hope is that Putin, Russia’s president likes Siberian tigers and they live in the same place (but perhaps not exactly the same place) so what helps the tiger should, with a bit of lateral thinking, help the leopard and the Russian government are going to throw some money at tiger conservation late in the day. The tiger is a threat to the leopard but not the other way around. The leopard avoids the tiger. Their prey can overlap but the leopard feeds on a wider variety of prey16 Thirteen international and Russian NGOs (Non-Governmental Organisations) have jointed forces to create ALTA (The Amur Leopard and Tiger Alliance).

3 The map is a file from the Wikimedia Commons. Permission is granted to publish this map here.

7 Wild Cats Of The World – Sunquists