Cat Parasites – does your cat or kitten have them?

In China, for instance, a study found that 41.39% of cats had intestinal parasites. 2.78% had toxoplasma-like oocysts. Hookworms were present in 3.06% of the cats (360 cat faeces were analysed). Toxocara cati was the most prevalent species of parasite detected in 17.78% of cats. Worms in cats and kittens are very common. We know that the cat flea is incredibly common. Full-time indoor cats can get fleas even though they have no contact with prey. This is because people or other animals can bring fleas into the home.

Another study on European domestic cats published in 2014, found that overall, of 1,519 domestic cats, 50.7% had at least one internal or one external parasite species. Ectoparasites were found in 29.6% of cats. The most common identify species was Otodectes cynotis (the ear mite) at 17.4% followed by fleas at 15.5%. Endoparasites were identified in 35.1% of cats including gastro-intestinal helminths in 25.7% of cats. They concluded that the presence of parasites in domestic cats in Europe “is not a rare event”. And they decided that multi-parasitism (more than one species of parasite) in domestic cat was significantly greater than expected by chance. Some individual cats are more prone to infestation due to common risk factors.

For the most common parasite, the ear mite, the age of the cat is a known risk factor. In Greece 25.5% of owned cats had ear mites. 40% of kittens up to 6 months from urban areas had ear mites. 53.3% of stray cats in Italy (sample size 1,087) were infested with ear mites.

A survey conducted in the south of France found that 30% of cats coming into a veterinary clinic were infested with ticks. Although data for tick infestation in cats is rare. In Belgium, the species of tick which infested cats was most likely to be Ixodes ricinus (80.1%).

The prevalence of fleas on cats ranges from 12% to 70%. In Spain, Germany and Austria, infestation rate has been observed to be more than 70%. There are seasonal variations with lower prevalence in winter at 12% compared to spring or summer at 21%. Fleas are more common in multi-cat households. This is common sense because one cat transmits fleas to another. They found that more than half of infested cats were not treated with a flea treatment over the previous year. Comment: this indicates, sadly, a very careless approach to managing fleas. I’ve always said that cat owners should flea comb there cats at least once daily around the shoulders and neck and at the base of the tail. This should be an ingrained habit and a distinct part of the interactions between human and cat in all households.

Three species of fleas are commonly identified in cats Ctenocephalides felis, C. canis and Pulex irritans. There is a preponderance of infestations by the species C. felis felis which is identified in almost all flea-infested cats.

The cat lungworm has an infestation rate in Germany of 6%. In previous studies it’s prevalence in Europe varied between 0.5% and 3%. Initially the reported infestation rate is 8.5%-17.6%. In Portugal the infestation rate varies between 12.4% and 17.4% according to a study. Albania had the highest rate in Europe at 43.1% as per analysis of 58 faecal samples.

Coccidia are a tiny single-celled parasite that lives in the wall of a pet’s intestine. How prevalent is it? In Germany a study found that the prevalence was up to 46.3% for the coccidia species Cystoisospora spp. It is as high as 46.3% for C. rivolta in Portugal in stray cats.

General endoparasites faecal examinations rarely find tapeworms which is due to the poor sensitivity of coroscopy for the detection of cestodes. Based on this method of detection prevalence did not exceed 5% throughout Europe.

Overall, the prevalence of endoparasites of cats in Europe has varied between 20% and 40%. There is a higher prevalence in shelters and in stray cat varying between 33% to 100% in some studies. Toxocara cati (the feline roundworm) is usually the most common helminths diagnosed with infestation rates ranging from 4% to 35%.

Kittens are particularly susceptible to parasites due to a weaker immune system and are likely to have some parasites internally or externally. Roundworms are very common apparently in young kittens as is the single cell protozoan, coccidia. For those of us who flea comb regularly (our cat!) the common flea is the one we know and admire/hate :). The cat flea is very robust and pound for pound the world’s best jumper (back onto the cat…).

This is an overview page pulling together other posts and adding where necessary. 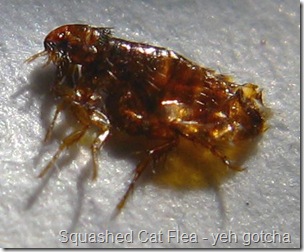 They are organisms that live in or on another organism (including people) and takes nourishment from the host. Accordingly, a parasite cannot live independently. They invade the host animal living off the nutrients that the host has ingested.

This results in the host losing important nutrients than can affect the function of organs.

Kittens are susceptible to a wide range of parasites. 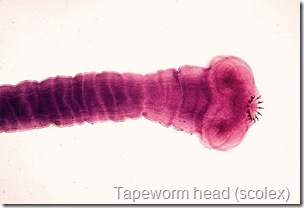 How Can We Tell if Our Cat has Parasites? 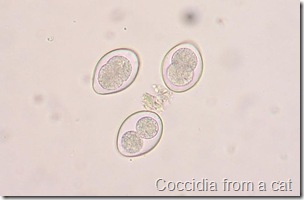 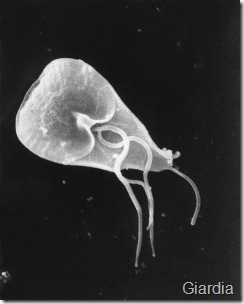 Flea treatments on Amazon. A regular flea combing is in my opinion by far the best treatment as it is the most effective and safest. Use chemicals i.e. insecticides with great caution please. Never use dog treatments on cats for example. Always read the instructions and labels. Don’t overdo treatments.

Sources: Book 5 of Medical References and Methods plus those referred to in the linked posts.