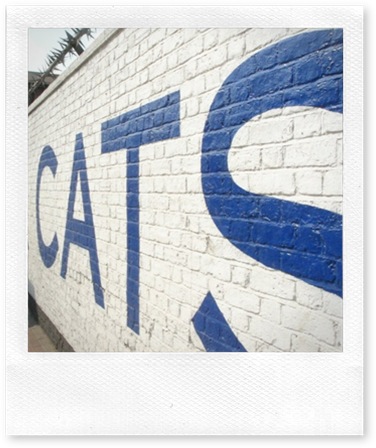 I have used Google customised mapping to show where these centres are and if you click on the blue flags you can see photographs, the occasional video and words about the centres. The map can be dragged around the window (hold left click and drag mouse) and zoomed (use buttons on the map).

As mentioned, these cat rescue centres in London that you can visit at certain times to see cats that need new homes and to make arrangements to adopt. There are details on the map (click on the flags). A lot of rescue organisations use foster homes, which is excellent but unsuitable for what I am doing here.

Here is a list of the featured cat rescue centres in London that I have mapped:

What can one say about this institution, perhaps the most famous rehoming facility in the world and it is about 3 miles from where I live. The video embedded in the map (click on the flag to see it) tells you about the rehoming process.

Battersea Dogs and Cats Home is the premier cat rescue centre in London (and for dogs, of course). At August 2009 there was a bit of a crisis in cat rescue as there was more than the usual abandonments and less than the usual adopters due to the recession. The maximum number of cat cages is 145 (at 2009). I suppose people looking to give up their cats were turned away. The answer (and I know this can be hard) is to not abandon come what may. Abandoning cats and dogs should the lowest priority when reducing the family budget as everything else is inanimate.

The video above is an American made short about the Battersea Dogs and Cats Home. For many years it was simply called Battersea Dogs Home but it was changed in 2005.

The history is the most impressive part of this institution’s story, I think:

The full title is RSPCA (Sir Harold Harmsworth Memorial Hospital). This is another famous animal hospital, made more famous by a recent television series and the chief veterinary surgeon is also famous thanks to the good old tele…It is primarily a hospital but re-homes animals as a number of them are homeless.

This hospital was built in 1968 from money bequeathed in the Will of Sir Harold Harmsworth.

The RSPCA run the centre and vets train there. Obviously RSPCA inspectors bring homeless and sick animals to the facility be they wild or domestic.

This is another one of the very well established animal rescue centres and for the puposes of this page cat rescue centres in London. There is more than one centre as it has expanded greatly over the years.

It was founded by Louisa Snow in 1924, not long after the first world war that left many abandoned and injured animals on the streets of London. The site in Godmanchester, bought in 1984 is 52 acres.

From Cat Rescue Centres in London to Home Page