The Chester Cheetah cartoon cat was an advertising mascot for Cheetos snacks. Cheetos is a brand of cheese curl made by a company called, Frito-Lay. They are a cheese-flavoured cornmeal snack. Cheetos was developed by Fritos creator Charles Elmer Doolin (1948) with a potato product called “Fritatos”.

Chester Cheetah cartoon cat insisted that other cheese snacks, “ain’t nothin’ but fluff”. Other slogans he says or said frequently were/are, “It ain’t easy bein’ cheesy” (late 1980s and early 1990s) and, “The cheese that goes crunch!” from the early 1990s to 1996. Then he used the slogan, “Dangerously cheesy!” He does all within his power to get his hands on a bag of these jummy snacks. The trouble is he failed a lot! In one commercial he chased a truck on a motorcycle and didn’t notice the manhole in his path. Here is that commercial from Brazil in Portuguese!

Note: the screenshots below are images linked to the videos on YouTube. You stay on this page. Why did I do this? Because the videos disappear too often leaving blanks on the page which are aesthetically unappealing and annoying. At least you have a screenshot if the video on YouTube fails to work 👍. The video above is live as it has been on YouTube for years and probably won’t be removed by YouTube admin. A lot of the cartoon cat videos were removed due to copyright violations. 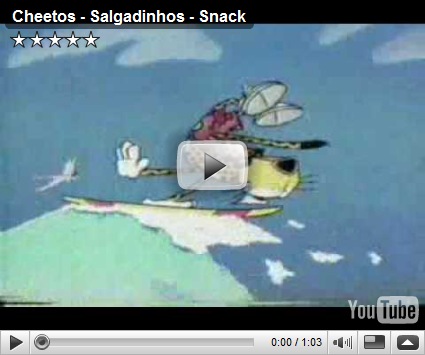 Update: the above video on YouTube no longer exists. He is a very cool dude with black sunglasses, red trunks, white sneakers with an orange spot on the side. He is smooth talking and The Chester Cheetah cartoon cat first appeared in January 1989 (to promote Cheetos?) but he first appeared in television commercials generally in 1986 apparently. The second date needs to be checked, however. 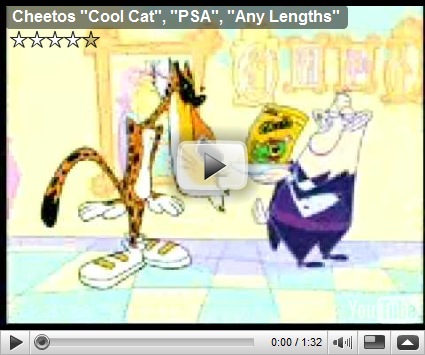 The product in the above video is one of many varieties of Cheetos. The person who posted the video on YouTube says that this comes from the 2001-02 era when Bill Fulton wrote the music for 3 half-minute animated commercials. The commercials were created by David Feiss. The production company was Wild Brain in San Francisco. The advertising contract was with BBDO in New York. 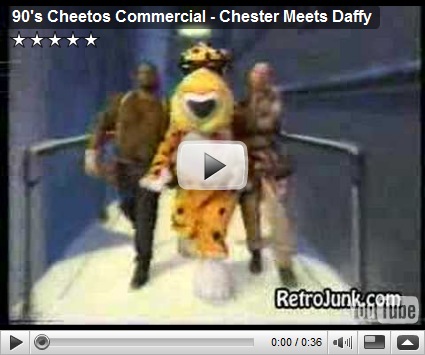 Below is an excellent video on how to draw this cool cheetah: 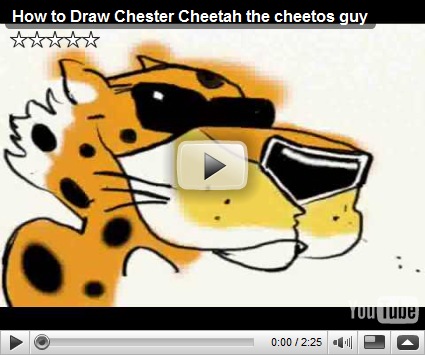 Finally, a commercial for Cheetos Paws a product that was available in the USA 1991-1994. 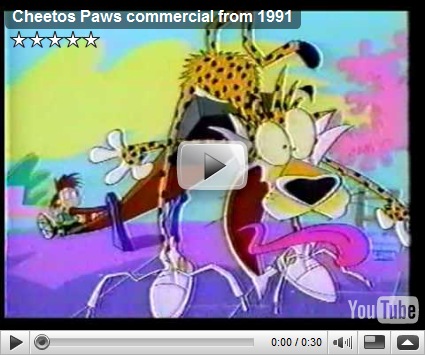 Photos published under a Attribution-NonCommercial-NoDerivs creative commons License  — this site is for charitable purposes in funding cat rescue except for the packet of Cheetos: Attribution 2.0 Generic.

Below are a couple more illustrations which used to head the page but which I have replaced when updating and upgrading the page on Jan 11th, 2022. I republished the page on that date too. The page was first published about 12 years ago. 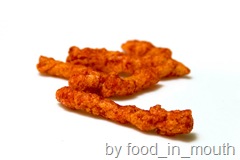 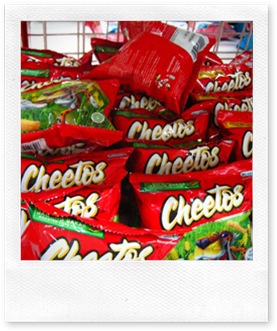 Picture above by yummiec00kies (new window)

Below are some articles on cat cartoons: