This page is about cats both pedigree, purebred and random-bread (moggies) who have a curly tail. That is their tail curls over when it is held in an erect position. In passing I have noted that the cat fancy quite likes to create cats with curly pieces of anatomy 😉.

I have never seen a curly tail cat in the flesh! But they are not that rare it seems. There is one well known cat breed that is based on the fact that a part of their anatomy is curly, the American Curl (curly ears). And there are a bunch of cat breeds, LaPerm, Selkirk Rex, Tennessee Rex, Devon Rex, Cornish Rex and many more lesser-known rex cats who have curly hair. We like curly!

But there are many other curly tailed cats out there that do not have a pedigree but they do have that tail. The American Ringtail was created out of random bred cats (moggies) through selective breeding. The genetic mutation that causes the curled over tail is recessive and in moggies. Normally it does not show in the cat’s appearance. There are two important point about curly tailed cats: 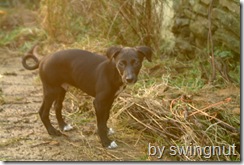 Beth Gardner says that the factors that indicate a sex-linked gene are: 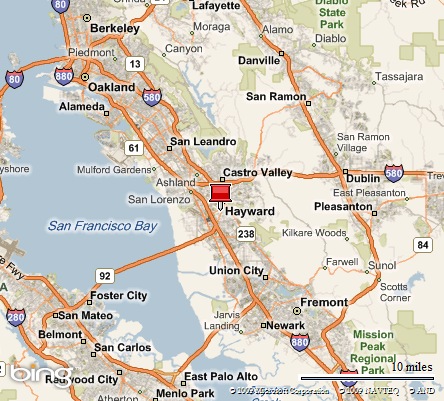 Here are two more genuine curly tailed cats. I don’t know if they are pedigree cats. I suspect that they are not. It proves that there are curly tailed moggies all over the planet as they carry the genetic mutation.

And some more. The pictures below are thumbnails. Click on them to see larger versions. There are published under creative commons licenses: (a)Attribution-Non-Commercial-No Derivative Works 2.0 Generic and (b) Attribution 2.0 Generic. Update: These are not great examples! Sometimes tails curl when they are normally straight. I have left them here anyway.