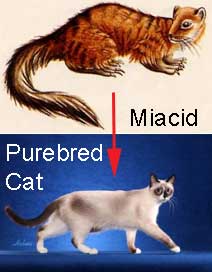 These pictures of a jaguar killing a caiman are impressive and they show us too how impressive the jaguar is ...
Read More