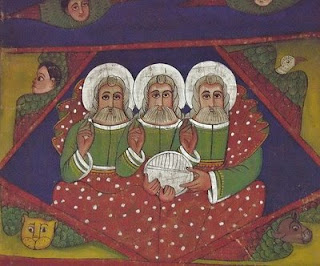 Together, my cats have only used up one life. As I have lived with my cats for about 25 years that is not many. I have lived with four cats over that time. I am going to suggest that a cat’s life with respect to the phrase “a cat has nine lives” is an event during which the cat nearly dies but escapes death one way or another. There is no definition for it but a near death experience is what it means.

In fact, on that basis, I could say that my cats have not used up any of their lives. The phrase “a cat has nine lives” is a great exaggeration.

However, on one occasion my very ill Binnie was asleep on a manhole ventilation cover in the middle of the driveway of the block of flats where I live. The manhole was in the middle of the drive at the entrance to the block of flats where I live. It was a very dangerous place because cars and vans come and go at that point all the time. She was asleep. I think she was in pain and wanted the cooling air from the vent to ease the discomfort. That’s my theory. Although it is guesswork.

Theories on why a cat has nine lives

When I saw her, I raced out but walked slowly behind her and quietly approached her. I picked her up and from that time on she was an indoor cat until she was euthanised about 2 weeks later.

OK, I can’t think of any near misses that my cats have been through other than the event I have described, which is not really a near miss. It was just a very dangerous situation.

The nine lives of Fritz the Cat

There are countless stories of cats who have used up one, two, or more of their nine lives. Have any of your cats used up even one of their lives?

I am going to guess and say I would be surprised if there are many examples; if any. Because of their intelligence and athletic ability cats get out of tight spots and avoid them.

To be honest, cats don’t carelessly get into situations where their life is at risk. It is more that human activity makes the life of a cat dangerous. Also, in some countries wildlife makes life dangerous for an outdoor cat.

Cats instinctively take precautions to avoid injury. Some situations are alien to a cat. These are human made environments which the domestic cat is unable to see as dangerous. For example, what about the empty containers at ports? Feral or stray cats can wander into them and become trapped. They are not prepared for the container to be closed. It is not something that they are programmed to be wary of.  Cats are domesticated wildcats and programmed to be wary of the sorts of situations that are dangerous to wildcats. Man made situations still confuse cats and create life threatening situations.