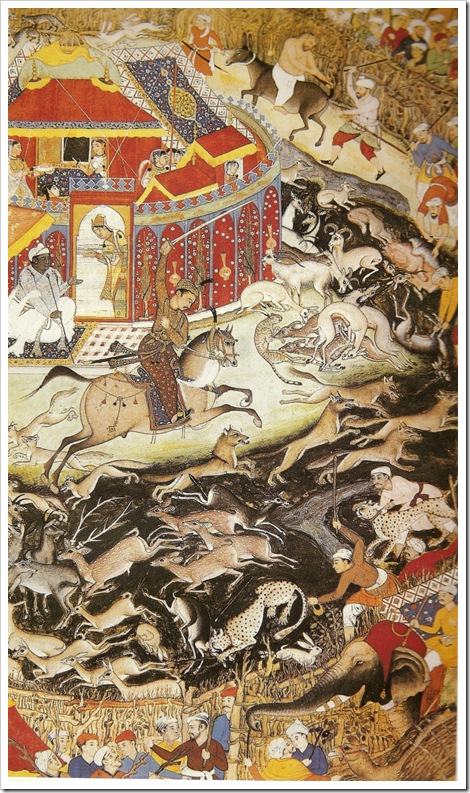 Emperor Akbar Hunting with Cheetahs – 16th century with large retinue in attendance. The cheetahs are hunting gazelles and blackbuck.

Cheetahs have long been associated with people. We see them as endangered wild cats now but in the past they were used for hunting a lot. There are images of cheetahs wearing collars from art as long ago as about 700 BC. As the pharaohs of ancient Egypt believed that their spirit would be carried away by the fleet footed cheetah, the cat was buried with them. 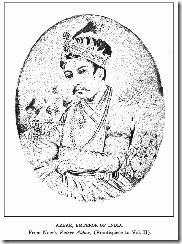 There are also images such as the one above of cheetahs having been trained for hunting duties. Tame cheetahs were used to hunting animals during the the seventeenth and eighteenth Dynasty (1550-1292 BC) in Egypt and later hunting with cheetahs was practiced in these countries: 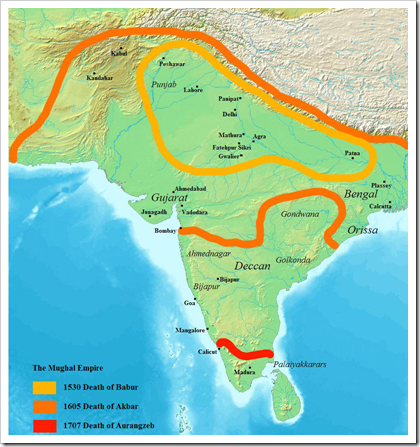 A cheetah was presented to Akbar in 1555. The cheetah’s name was, Fatehbaz and it was the beginning of a long association with tame and trained cheetahs for this potentate. He was the first potentate to be introduced to the idea of hunting with cheetahs. He came to own and use a thousand cheetahs at one time, and over the period of his life he owned 9,000! 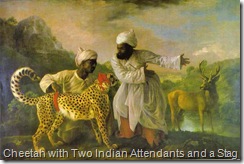 In the west, Europeans began hunting with cheetahs one thousand years ago. Coursing with cheetahs was a popular sport in Europe, specifically, Italy, France and Italy, in the 14th and 15th centuries. The cheetah was used to chase hares and row deer.

In India, the blindfolded cheetah was taken to the hunting site on a cart. The blindfold was removed when the prey was released. The cheetah would leap down and chase the prey.

It was unsurprisingly discovered that it was much easier to train adult cheetahs to hunt as they had been trained in the basic skills by their mother. It would take about 6 months to train an adult cheetah. Cubs by contrast were relatively hard work and it took much longer.

Cheetahs were snared and trapped to become tame hunting cheetahs. It is no surprise that the cheetah was an ideal big cat for this role as they are shy and retiring in character. In recognition of its hunting skills the cheetah was sometimes called the hunting leopard.

Header, picture of Akbar the Great and the map of Mughal Empire are published here under under Wikimedia® creative commons license = Attribution-ShareAlike License.