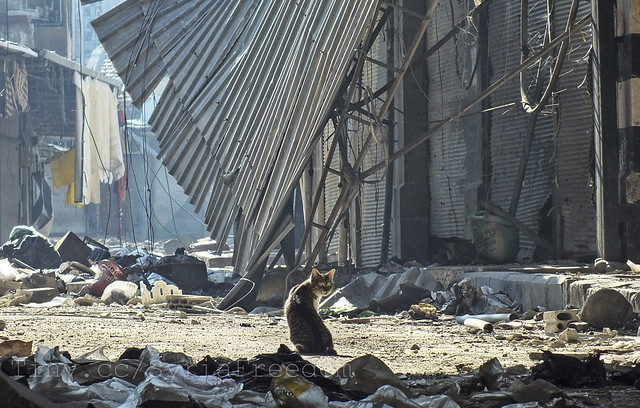 Syria is in the middle of the “fertile crescent”, the area where the wildcat was first domesticated about 9,500 years ago, it is believed. Syria is also the place where, at the date of this post, terribly cruel things are happening to people and to animals in a horrible civil war that the international community are unable to stop because they are unable to come to an agreement. The usual dysfunctional planet.

Syria is in the fertile crescent, the place where the first domestic cats existed. Map by Michael from Wikimedia Commons blacks and maps.

I’d like to remember the cats of Syria, many of whom must be injured, suffering, starving and dying. Some of the world’s first domestic cats were in Syria so it is ironic that people are now killing each other together with animals, including cats in the very same area.