I see a discrepancy between the attitude of people in respect of the use of microchips in people compared to their use in cats and other animals. The general consensus is that microchips for cats are safe and useful. They are recommended by the establishment and some governments are pushing them as they help to control cat populations by ensuring that cat owners behave more responsibly. If a cat’s owner can be identified when scanning the microchip of a unneutered cat wandering around the neighbourhood, someone can ask pertinent questions as to what is going on. 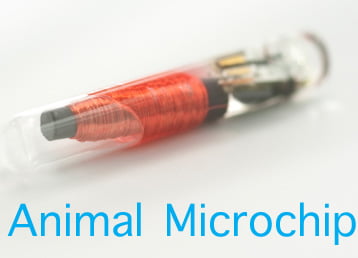 Pet microchips store information about the cat on a tiny computer chip encased in a glass capsule. They are called Radio-frequency identification (RFID) devices. Manufactures say it is the size of a grain of rice. This is wrong. They are about five times the volume in my estimation.

Microchips are being used at supermarket checkouts!  Perhaps these are trials. However, if the product packaging contains a microchip, a trolly load of food can be scanned in one go as you leave the supermarket. No checkout. No scanning of bar codes etc. Bliss.

There is a discussion about embedding microchips into humans. It has been done. Above and beyond the concerns that these devices pose in respect of civil liberties and human rights etc. (big brother syndrome) there are real concerns about health. Are the health concerns played down in respect of microchips for companion animals? I don’t know. I am just asking.

Here is a little list of the concerns with respect to microchipping people: