Introduction: this page was first written and published in 2007. It has an archival interest and in updating it, the information can be compared with 2022. The graph below goes from 2011 to the present day. As is clear, there has been a notable surge in pet ownership during Covid i.e. 2020-2022. Pet ownership hovered around an estimated 45-47% according to the statista.com website until 2020 when it went up to 59%.

To be clear, this statistic means that 59% of households had a pet animal of any kind in 2020. They state that there are an estimated 12 million cats and 13 million dogs living in homes in the UK presently. The UK is the second-highest-ranking European countries in terms of dog population. Germany is the number one.

Also, according to this organisation, dogs are more popular than cats. The UK is a ‘dog-people’ country together with the USA and Australia.

They state that the share of households reporting dog ownership is 34% while those reporting cat ownership stands at 28%. This statistic tells us that there are many pet animals in the UK other than cats and dogs. The most common of which are indoor birds followed by rabbits.

Another website concerned with cat ownership statistics provides results in a slightly different way, namely that although cats are 2nd to dogs in terms of popularity in the UK, they estimate that there are 12.2 million cats in the country as at 2022. They also state that 27% of UK households have at least one cat.

In the UK, the dog is far more popular than the cat in Northern Ireland. Conversely, London has more cats than dogs. On my understanding of the statistics, of all the homes with companion animals 61% had cats. In Northern Ireland 70% had dogs. These figures relate to 2018.

Also, in 2018, Petplan found that 49% of UK households regard their companion animals as part of the family. These owners try to fit their lives around their companion animals whenever possible. And 50% of these owners stated that their companion animal was the most important thing in their lives. Money was no object in ensuring their welfare. Ironically, during Covid, people adopted dogs without verifying their source i.e. the name of the breeder and the origin of the organisation and they, in general, ignored the inherited health issues of those animals. I am speaking of the flat-faced brachycephalic French Bulldog for instance which is the most popular dog currently in the UK and which has breathing problems and it is a controversial breed of dog which arguably should not be on the market at all.

By comparison, on a worldwide basis, cats are popular than dogs in 91 countries while dogs are more popular than cat in 76 countries. The source of the above information is as stated in the text plus petkeen.com. 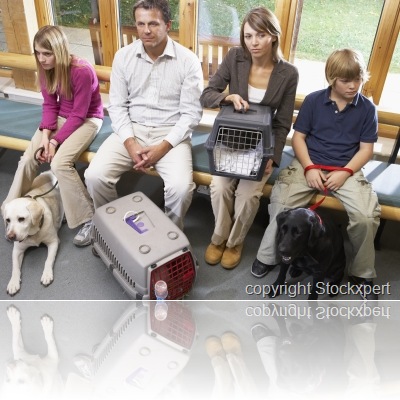 THE 2007 STATISTICS ARE BELOW THESE LINKS TO OTHER ARTICLES ON CAT OWNERSHIP.

Who’s to blame when dog kills cat on the Sunshine Coast, Australia?

There is a tortuously tricky decision to be made about which owner is liable in terms of criminal behaviour and ...
Read More

Is it okay for a Bengal cat to live in an apartment?

Can Bengal cats live in apartments? No, in my opinion. I mean they can and do. But it is just ...
Read More

A social media user posted the picture below and ask whether the feeding station was too high. I thought that ...
Read More

Are there cats in the Maldives?

In answering the question in the title, it is useful to know that there are about 1,200 Maldives islands of ...
Read More

Extremely unusual, unique, way to take your cat for a walk outside

The woman has cut five holes in a linen grocery bag: one for her tabby cat's head, and four more ...
Read More

In the UK there is a cost-of-living crisis due to various factors including high inflation caused mainly by Putin's invasion ...
Read More

A survey by OnePoll concluded that the British people have more photos of their furry friends on their phones than ...
Read More

There will have to be far more controlled, selective breeding of domestic cats to create a companion animal which is ...
Read More

Share a Dublin bedsit with a gay man, 2 cats and piles of junk for €100 a week

There is a guy in Dublin who's lived there for 15 years and who currently lives in a tiny bedsit ...
Read More

This section was written in 2007 as stated. It has been updated by the section above.

This following data relates to 2007. It is a selective and summarised version, focusing on cats of a research paper prepared by J. K. Murray et al . As far as I am aware the research was carried out at Department of Clinical Veterinary Science, University of Bristol, Langford House, Langford, Bristol BS40 5DU. The title of the research is: Number and ownership profiles of cats and dogs in the UK. You can purchase the document ($30) starting at this page or this page (searched result). The sample size was 2980.

I have presented it in a table for ease of reference. Note: I disapprove of the word “pet” (preferred: companion animal) and “ownership” (preferred: cat keeper or human companion) but both are used as well recognised terms:

Well there are two bits of information that stand out:

Although it should be said that the latter is still an estimate despite being accurate and the reason for the former could simply be as stated that people who are more intelligent are more likely to be ambitious and working long hours preferring therefore a cat that is a less demanding companion.

From Ownership of cats in the UK to Home Page

Ownership of Cats in the UK — notes for 2007 information.

Note: sources for news articles are carefully selected but the news is often not independently verified.
↑