This is a slightly disturbing story about a substance called an enyme that makes bacteria resistant to antibiotics. In other words it is a sort of superbug maker. I feel that this piece of news picked up by Google News is unfair on the domestic cat. 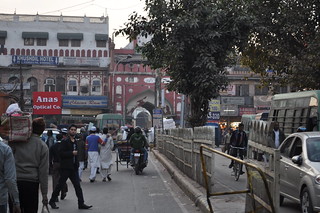 This mysterious substance is believed to originate in New Delhi, the capital of India which is why it was named NDM-1 (New Delhi Metallo-beta-lactamase-1). I won’t attempt to go into the chemistry.

The first case of it, in 2008, concerned a man of Indian origin living in Sweden. He had travelled to India and picked it up there at a hospital. He was hospitalised on his return to Sweden. We don’t know what happened to him. The matter has become political because people are saying that Indian hospitals are spreading the enzyme.

Since 2008 NDM-1 has been found in people in the UK and three in the USA. But what I find a little upsetting is the way the news is presented on the Medical Daily website:

Indian Superbug Found in First Domestic Cat in US, Makes Carrier Resistant to Virtually All Antibiotics

It implies that a cat has been infected by a superbug and that the bug can be transmitted to people because people are frequently in contact with their cat, kissing their cat etc.

The author says that this development – the first cat to be carrying this enzyme – is “worrisome”. They say it is a catastrophe in the making. The article almost implies that your cat can kill you indirectly. But is it really that bad? Is it a health problem at all?

What does it all mean, if anything? This substance NDM-1 has been around since 2008. Only three people are known to carry NDM-1. But the author says that there are so symptoms.

It all sounds very vague and mysterious. Perhaps I am overly sensitive to articles that malign the domestic cat. I always feel the need to come to the cat’s defence.

In this instance I believe the writer of the Medical Daily article could have written a more balanced article that did not spread what is in effect propaganda that may hurt the domestic cat’s status in society. There are already enough people who use toxoplasmosis to argue their case to kill and criticize the cat. Are we going to see people use NDM-1 in the same way?

This is a link to the original story. It is a bit technical but the headline is sensationalistic.