There is no doubt that the Bengal tiger is mismanaged despite the best of intentions. Or worse, is the mismanagement deliberate? The Bengal tiger occupies India and India has at least two high profile conservation organisations:

I do not wish to be critical and this is not a criticism of the Indian people. Also it is worth bearing in mind that the home of the Florida panther or cougar is equally badly mismanaged by Americans (probably worse so). So mismanagement of the wild cats is not unique to Asian countries far from it. In the UK large wildlife including the lynx was extirpated hundreds or thousands of years ago. The UK was ahead at the time. 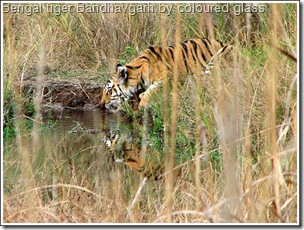 But if I feel helpless, frustrated and angry by the latest revelations of the mismanagement of the Bengal tiger it must have similar effects around the world. The professional conservationist must be pulling their hair out.

I also find it odd that the Wikipedia author of the article on Project Tiger says this:

They go on to say:

The first ever all-India tiger census was conducted in 1972 which revealed the existence of only 1827 tigers………….a 2008 census held by Government of India revealed that the tiger population had dropped to 1,411

Since the inception of Project Tiger and countless millions spent (a lot of charity money from hard working tax payers) the Bengal tiger population has fallen by 23% to date! Success or failure – you decide. 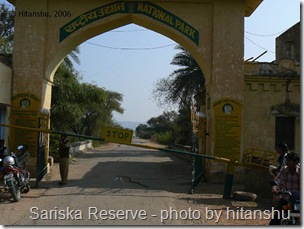 This is compounded by the latest news. One of India’s most famous tiger “reserves” (I am not sure I would call it that because no conservation takes place on it in relation to the tiger – quite the opposite) is the Sariska Reserve. It is at the centre of the Project Tiger conservation program. Yet it was discovered in 2005 that all of Sariska’s tigers had been killed (by poachers, I presume). There is little point in having a reserve that cannot be, or is not protected.

That was bad enough. But in order to rectify a  wrong it was decided last year (2008 – this article written June 2009) to import fresh tiger stock into the reserve in the expectation that they would breed and produce more tigers. Three tigers were flown in. The trouble is that the tiger experts at the Wildlife Institute of India (WII) failed to carry out a very simple procedure to ensure that the tigers flown in where good breeding stock and unrelated. A simple DNA test would have achieved that. It now transpires that:

It would seem then that the experts relocated tigers that were almost certainly closely related but even failed to test for that. Maybe they didn’t test for it because they knew that they were related? Maybe there is a hidden agenda designed to engineer failure in the Bengal tiger conservation programme for the sake of business profit. Reserves are valuable properties from a commercial standpoint. The errors are so basic that it points to that.

One last point. It is pointless putting three tigers on a reserve that is hundreds of square miles in size (866 km²) and therefore cannot be policed while China is buying tiger body parts at a very high price making poaching extremely lucrative.

When they imported the three tigers did they think about making changes to their protection? I don’t know but I doubt it. What point therefore in doing it based on the history of poaching? The root cause must be tackled and people shy away from that: the tiger body part business must be stopped.

From the Bengal tiger is mismanaged to Wild Cat Species

The Bengal tiger is mismanaged – Sources: