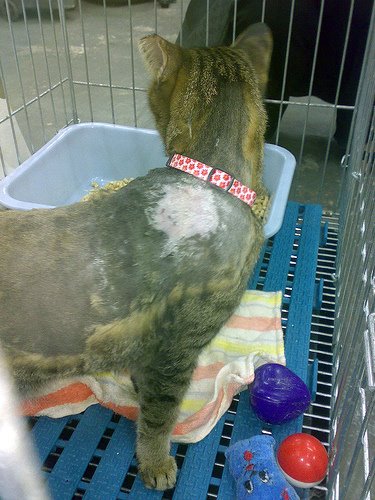 This is my list of causes of animal abuse and cruelty. On this page I am focusing on criminal abuse by the general public in homes and suburbs etc. rather than abuse on farms, animal testing, fox hunting and bull fighting etc. which is legalised abuse. Although the underlying causes are the same.

The reason why I am doing this is because plain, simple direct information on the subject is hard to find on the internet. There is one scientific document that you have to pay to see on the subject. I haven’t paid because I don’t think it will give me the answers I am looking for. It is probable that we don’t really know for sure what causes people to abuse animals. Although some aspects of it are clear.

“I have never hated an animal so much in my life, much less hate one or beat one. But the pleasure I get from watching her whimper in pain and cry out for help as I shove drano and bleach down her throat is like no other,” (Sean D. Janas who poisoned a German Shepherd called Mary for months)

Before I write my list, I’ll mention William Hogarth, a very talented social critic and artist who lived 1697 – 1764 in London, England. He had a country home that is now in the middle of London showing how the world has changed. It is not far from where I live. He created a series of four engravings he named, The Four Stages of Cruelty. The engravings chart the progress of a boy who indulged in animal cruelty, ended up being cruel as an adult, murdered a woman and was convicted and hanged and then subsequently his body was publically dissected under the law of the time. The connection between animal abuse and criminality towards people is well documented. Incidentally I have a page on a painting he did “The Distressed Poet” that has a cat in it.

Am I qualified to state the causes of animal abuse and cruelty? I am as well qualified as the next man or woman, who has used his brain to observe and think. I welcome comments to add to the list and to add to enlightenment.

You can’t hurt an animal if you have an empathy for the animal. If you can feel what the animal is feeling. If you believe the animal feels pain and has emotions and you can feel for the animal you can’t hurt the animal if you have a decent moral code to live by. How do you develop an empathy for animals?  You have to have a thinking brain and awareness. How do you get that? Good education and good parenting that fosters self-education and thought. Also some people inherit a natural bent towards animals (a likeness for animals). It is the usual nature-nurture process. Inherited or not, all children can be educated to respect animals.

Conversely, if a person is unthinking, living by instincts rather than rational thought and lacking in a proper moral code and education he or she can be cruel to animals. The platform or potential is in place. What kicks animal abuse off?

High levels of child abuse go together with high levels of animal abuse. This should not be surprising as both child and animal are vulnerable to an abusive adult person or youth. There is probably a link, too, between people having large families and having lots of dogs and cats who are not neutered. In fact it has been found that in middle-class American households where there is known child abuse, there are lots of pets especially young animals and a high throughput of pets. The pets were being killed and that is why the survivors were young.

Education enables people. It creates a platform from which a person can think and achieve. When a person, a parent, lacks the ability to manage his environment because of a lack of skills he loses control. A lack of control over your environment is stressful. Coping can be difficult. Emotions build up. Stress can lead to depression and anger.

Also control can be exercised over children through a threat of violence to a pet that is loved by a child. Many children love their pets and have close relationships with them. For a parent to threaten harm to a pet as a means of controlling the child is very cruel. It also kills a kids empathy for animals.

I believe too that animal abuse is a way of exercising control over a person’s environment. I think it is similar to self-harm in that context.

“[self-harm is a ] physical expression of emotional distress”.

When unempowered (lacking empowerment), the easy path for a person is to destroy something. It is harder to gain empowerment – the ability to achieve – through the slow process of constructing and building skills. Destruction is lazy. A lack of poor parenting and education fosters this lazy approach to life. Animal abuse is a form of destruction.

A lot of modern kids are lazy and then become bored. If these kids don’t have a proper grounding in morality and lack empathy for animals, they may get a kick out of hurting an animal. It just gives them a cheap buzz. Boredom is an expression of a lack of self–discipline which in turn is an extension of poor parenting and education. Boredom can lead to animal abuse.

Poverty seems to be blamed in part for animal abuse. Poverty leads to a sense of injustice. A person in poverty is more likely to feel like hitting out at the injustices of the world. What to hit? The cat…..if you don’t have the empathy, and morality gained through education to curb that desire. Poverty can be an underlying cause of animal abuse.