I could not resist publishing another fine cat photograph by fofurasfelinas (Giane Portal) from Brazil. I really like this photograph partly because the claws are a feature and we like claws don’t we!

The clever bit about this photograph is that Giane has softened the image partly by reducing the depth of field. What I mean is that the area in focus is narrowed so the background becomes soft. It appears that Giane has applied a bit of sensible and delicate post-editing which also enhances the image. 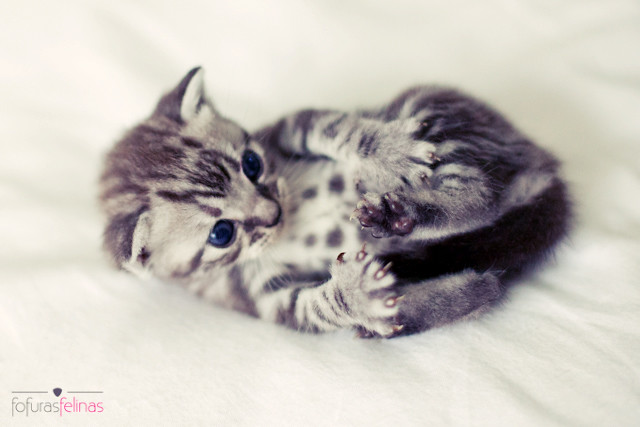 Grabing her own paws – kitten playing with herself. Photo copyright fofurasfelinas

The picture was taken at the Doce Encanto Cattery. I believe this little charmer is a tabby British Shorthair, purebred cat. The belly is spotted against a white background – wild cat style. I am not sure what sort of tabby cat he or she is but it has to be either classic tabby or mackerel tabby.