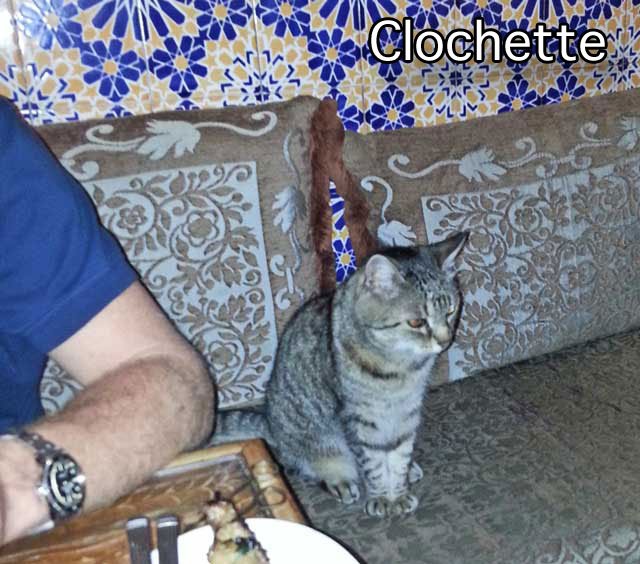 ‘Clochette’ means a small bell like you might ring for servants at the dinner table, which is a great name in this instance.

Clochette’s original owner owned a restaurant and he lived nearby. When he sold the business and moved with Clochette, she decided to return to the restaurant and make it her home. She crosses busy roads and walks across town. Quite a cat. Now, 3 owners later she is 23 years old and almost 24.

We sat down for dinner and she likes me so she came in and over to say “hi” to me and then meowed a very old raspy meow to be let outside. I went outside with her and took a couple of photos. The restaurant is in front of the sea but there is a big road and car park between.

She didn’t cross the road that evening, rather jumped up onto the wall and down the other side and went down an alley way for a stroll and came inside round the back a bit later. She came and sat on the couch next to my half brother and sat there very still for at least 45mins, very politely and quietly actually.

She is fairly deaf and a little blind. She always seems to have her mouth open in a funny way and has had a sort of little cyst-like ball on her head for years. She seems happy. Eventually when my half brother finished eating she rested her front paws on his lap and he stroked her for quite some time before she got down and came to solicit cuddles from me.

I took photos of everything from when outside to this point. Then her owner, the latest restaurant owner, came and picked her up and gave her cuddles (see photo inserted into a larger photo, below). I took a photo of the pair of them. We talked a lot about her. Everybody there knows I am a crazy cat guy so it was typical of me to be fussing over Clochette and taking photos. She is an amazing cat. Nobody in the restaurant complains thank goodness. Being deaf she has a very loud raspy and demanding meow when she wants something, it’s quite special to behold.

I could have spent all night with her. She is very affectionate but she also doesn’t like many other people who try to stroke her because I guess they don’t realize how old she is and are not gentle so she goes.

She is known for not tolerating many people but liking some others. In other words she knows exactly who she likes and what she wants or doesn’t want. Much better than most of us confused humans manage in our complicated lives. She will be 24 soon. Perhaps I won’t ever see her again. I am glad I took a whole string of photos.

Michael made a selection: 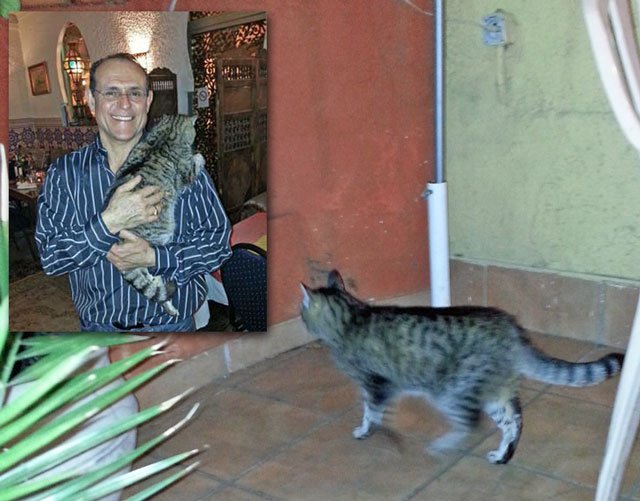 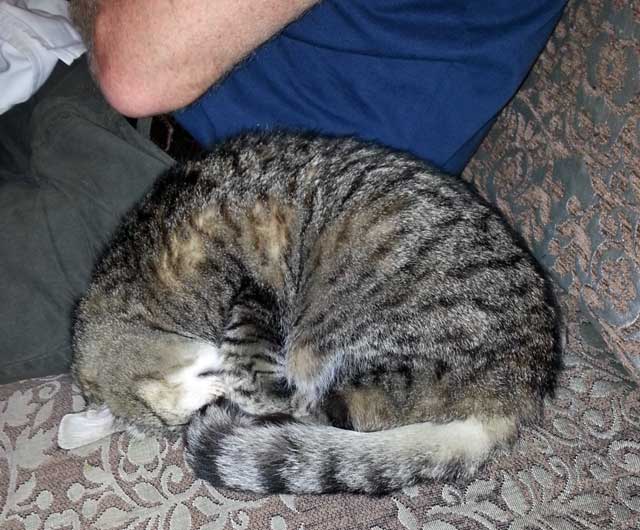 The photos are just taken in sequence starting when we were outside together and finishing when she slept on the couch after the owner picked her up. The photo of her sitting neatly on the cushion is how she was for 45 mins while we finished our dinner. She was waiting for us to finish I believe, so she could then get some cuddles and attention.