↓
Home→Readers Forum→A year after ‘dying’ during surgery, Hope is learning how to be a normal cat again
45
SHARES
ShareTweetPinterestWeibo
RedditWhatsapp

I frequently foster/rescue cats and kittens from the local kill shelter with the aid of a reputable rescue. When I saw this cat’s photo, the distress in her eyes beckoned me to act quickly on her behalf. The rescue volunteer made contact with the shelter staff and arranged to pick her up. 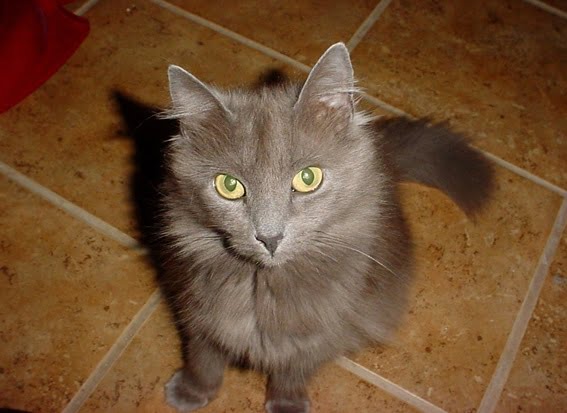 However, when she arrived, the manager said that this cat was simply not adoptable. She exhibited wild behavior and had even bitten shelter staff. When the rescue volunteer contacted me with the news, I insisted she ‘pull’ her anyway. The shelter manager agreed to release her with the admonition that she was not to be returned under any circumstances.

Never-the-less, I decided to give this girl a chance. The look in her eyes told me she was only fearful and that with love and a calm environment, she’d come around. We named her Hope because she’d been given a second chance despite the odds against her. It took about a month, but she gradually came out of hiding. She loved to sit right near me and look up into my eyes. She loved to be rubbed and thrived on the love and attention she received.

Hope was simply a beautiful, loving cat who came out of her shell once she was out of the shelter environment. Because I foster/rescue, I worked to find her a loving home where she would thrive. I found a gentleman who fell in love with her and wanted to make her part of his family. We planned to make the transition after Hope was spayed and vetted.

I will never forget that day- the day that changed everything. Hope sensed that something was up, so she hid from me when I went to put her in her carrier to take her to the vet. I felt a strange sense of anxiousness, but I took her anyway. After all, I fully believe in spaying and neutering pets to prevent unwanted litters.

I had done this countless times before without a second thought, but this time I worried. I can’t explain it. While she was at the vet, I prayed that all would go well. When I did not hear from them, I assumed that all was well.

That was far from the truth. In actuality, Hope underwent a cardiac arrest and died on the table. She was lifeless for five minutes before the vet was able to revive her. When I heard this, I panicked. I wanted to bring her home, but they insisted that she stay there for the night. Later, the vet admitted, she didn’t expect her to make it. Hope was completely unaware of her surroundings. 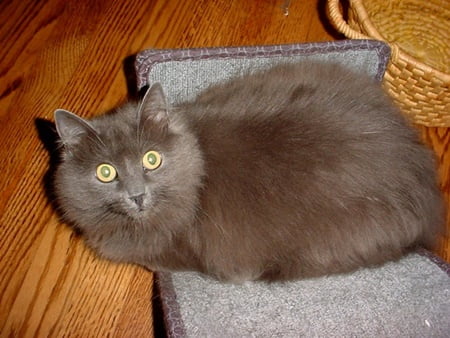 Hope had nystagmus in which her eyes rolled back and forth as if she were in some sort of trance. Although her eyes reacted to light, Hope was blind. She could not stand or eat by herself and was being tube fed. I later found out that the vet did not want me to see her in that condition.

They finally agreed that I could come to see her after she made a little progress. Hope was receiving physical therapy a couple times a day and was on intravenous fluids. She ended up staying there a few days and I visited her while she was receiving care. I remember how she perked up when she heard my voice. I brought an article of my clothing to make Hope more comfortable.

Hope was receiving physical therapy a couple times a day and was on intravenous fluids. She ended up staying there a few days and I visited her while she was receiving care. I remember how she perked up when she heard my voice. I brought an article of my clothing to make Hope more comfortable. By this time, the

By this time, the nystagmus had resided and Hope was more alert. Even though she could not stand or eat on her own, they allowed me to take her home later that week. I remember how lifeless she looked when they loaded her into the carrier. I feared that she would never recover. Once home, she was kept in a big tote with a blanket on one side and her litter box on the other. 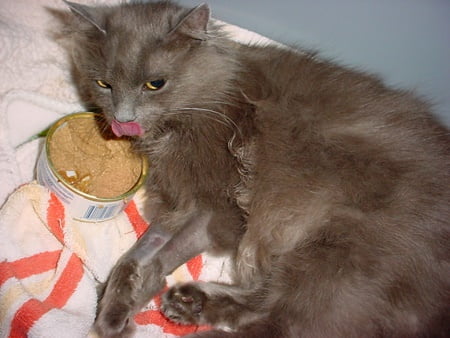 It saddened me to see Hope struggle to back herself into the litter box. She would basically half roll and then I would have to help her out. I continued the physical therapy and even had a walker built for her to try to get her to walk again. Anytime she tried to walk, she would flip right over on her side. She had no balance and did not know how to grip the floor to balance herself.

I continued the physical therapy and even had a walker built for Hope to try to get her to walk again. Anytime she tried to walk, she would flip right over on her side. She had no balance and did not know how to grip the floor to balance herself.

Gradually, Hope began to stand for longer periods while eating from a can. But still, she was completely dependent on me 24/7. I wondered if she would ever be a normal cat again. I was beginning to lose hope. Then I had an idea. I began to take Hope upstairs to the place she had become accustomed to where she would be surrounded by the other cats she was familiar with. And it worked. Within days, she was taking steps and balancing herself.

I also noticed later that Hope even jumped when she saw a reflection in the window. She could see (though I didn’t know how well.) But she was seeing something. Hope was definitely making progress and in a month’s time, I could see she was well on her way to recovery. 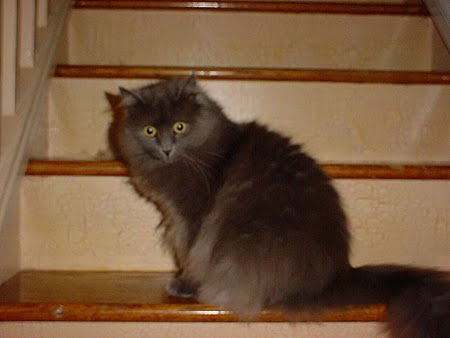 This was a year ago and today Hope gets around well. She is able to climb stairs and play like a normal cat, though she doesn’t jump and she is not quite as agile as she once was. Still, she is completely independent and has regained a quality life. Even though the gentleman changed his mind about the adoption, I am sure that Hope is quite comfortable here and she will have a home here for the rest of her life.

So now her name has a double meaning. Not only did Hope escape a certain death at the shelter, she overcame a medical trauma and overcame death itself. She certainly has lived up to her name. She is a precious girl and I am so glad I decided to give Hope a chance.