Abyssinian cat photo of the week: This is a very fine quality photograph by Helmi Flick of an equally fine quality Abyssinian cat (“Hobgoblin”). The image has it all. It is dynamic and the composition comes from the movement, the frozen action of this active cat. I’ll let Helmi take over describing her photo:

Helmi talks more below the photo.. 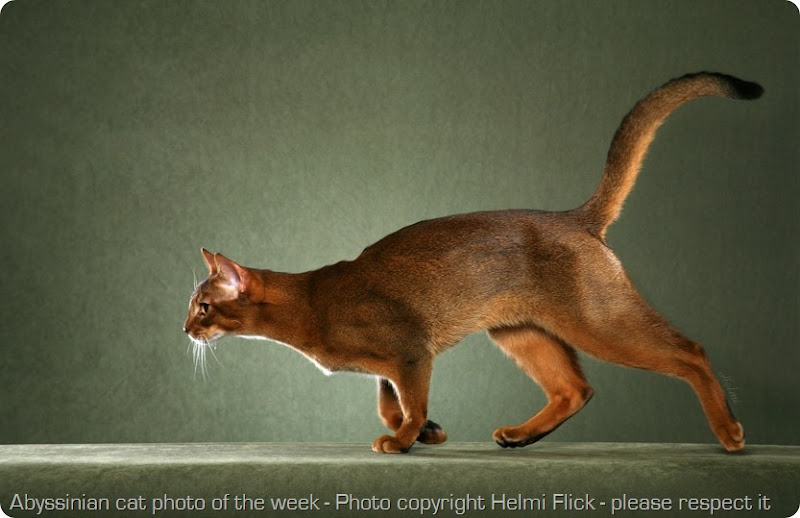 Hobgoblin was a good example of the activity of this breed”….Helmi Flick

Thanks for a great photo, Helmi, and your commentary.