There is a crackdown on the abuse of the “emotional support animals” qualification. These pets, frequently but not uniquely dogs, are allowed to travel freely with their human companion on American commercial flights. 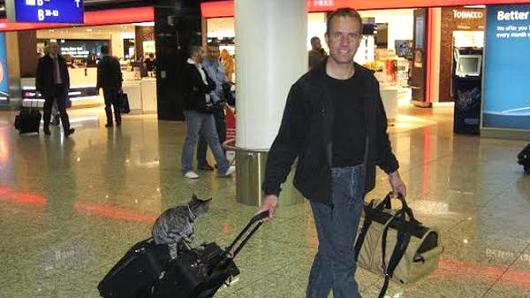 Congress declared that animals providing emotional support could travel freely with the person to whom they provided support on commercial flights. As a consequence Delta airlines, the United States’ largest carrier, have reported a near doubling of animal incidents in which animals have urinated, defecated or attacked other passengers. They also say that the number of animals traveling in cabins has risen by 150% since 2015. Currently 250,000 animals travel in the cabin every year on their airline.

The airline’s staff have reported rising “acts of aggression” by animals. This includes biting, lunging and growling at passengers. This sort of behavior should not be seen in genuinely trained working animals providing emotional support for their owner.

Delta say that customers have tried to fly with emotional support animals such as turkeys, gliding possums, snakes and spiders. The airline also say that they had had enough of the abuse. It appears that most of these animals are dogs hence the proliferation of acts of aggression. I don’t know how many cats are described as emotional support animals with respect to commercial flights in America.

I would expect them to be quite numerous because cats are a huge emotional support to millions of people across America. Although I cannot envisage a domestic cat being allowed out of his or her carrier on a commercial flight. Although I’m sure dogs often are or perhaps nearly always travel with their owner outside of a carrier. I don’t know how airlines resolve the issue of potential conflicts between different species or same species of animal present in the cabin outside carriers.

In the UK British Airways does not allow support dogs who have not been officially approved. They also say that “emotional support dogs” must travel in the hold.