The idea of composting pet dog and cat manure, although it sounds like it might be a good idea, is unviable on a large scale. However, one American guy, Gene Logsdon, writing on Resilience.org believes it is viable. He worked out that throwing away pet manure was costing America $2 billion annually! It seems a lot but he also worked out that America’s cats and dogs produce 5 million tonnes of manure annually. Yes, I know it’s not a particularly pleasant mental image but we have to be realistic and think of the environment. 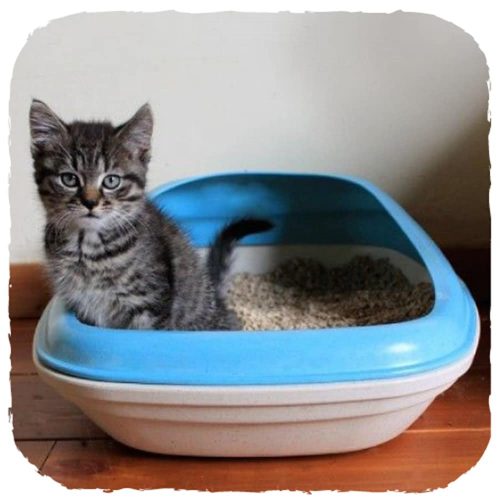 Perhaps the most sustainable way to dispose of cat faeces is to allow your cat to do it in the backyard in a designated area and stop using cat litter.

Theoretically, because cat faeces contains two and half times the amount of nitrogen of cattle manure and a similar amount of potassium and phosphorus, it should be possible to use it as manure. However, you will find people arguing against it because of that perennial health problem called toxoplasmosis. Although toxoplasma oocysts are only deposited by a cat (the primary vector of this disease) for a short period of time it presents a barrier to the concept of composting cat faeces.

I would expect very few people to contemplate doing it and even less actually doing it for many reasons including the one mentioned. The issue of cat litter is a problematic one in the context of the environment. It’s complicated. It’s difficult to know what to do to minimise its impact on the environment. The numbers can be vast because there are a large number of companion animals in America, and everywhere else for that matter.

You can buy flushable cat litter which is biodegradable. You can’t flush clay-based litter down the loo because it’ll clog it up. I’m sure people like the idea of flushing biodegradable cat litter with faeces down the loo as it gets rid of it at the stroke. Highly convenient. Once again toxoplasmosis presents a barrier to this process. There were reports some time ago of sea otters and beluga whales contracting toxoplasmosis from flushed cat litter. If you believe this reports and are concerned it is not a great idea from an environmental standpoint.

Heart-shaped poop from cat litter tray that tells you that your cat loves you. Photo: Nikki Martinez on Instagram.

I’m sure that 99% of cat owners dispose of cat litter in the general waste. They use plastic bags which means more plastic in landfill which is also not a good idea because it takes a thousand years for plastic bags to biodegrade. It may be better to use a brown paper bag which are superior to current biodegradable bags which don’t always perform as described. A university study in 2019 found that they don’t biodegrade as fast as stated. Perhaps some do and some don’t. You might like to do some research on that topic because products improve and you can’t criticise a product in general.

Bearing in mind people’s need for convenience, probably the best way to get rid of cat litter is to place it into a brown paper bag and dump it in the general waste. Not ideal but almost everything to do with cat litter is not ideal. Perhaps all domestic cats should go to the toilet in the back yard in the style of a wild animal. I don’t think anybody could complain about the environmental impact of that. Perhaps full-time indoor cats should have a covered and enclosed exit tunnel from the home leading to a caged part of the backyard which has a 10 x 10′ area of soil and sand that can be used as a domestic cat toilet! It’s probably the most natural solution.

This is an era of unsustainability. Humankind needs to find a more sustainably way of life. Can we find a way of making the production and disposal of cat litter sustainable?