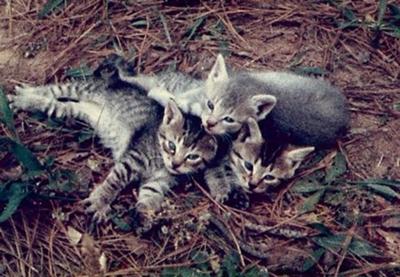 Good morning readers. Today I'd like to continue on with another article which I want you to forward to your state government to force a change in animal abuse laws.

I'd like to present the case on how animal abuse is linked to criminal domestic violence.

There are a lot of people out there who really don't see the big picture when looking at animal abuse. They think "how can that affect me or my family." I'll shed a little light on how as I get into this article. So grab a cup of coffee and bookmark this page. This may be too much to absorb in one reading.

Countless studies have been conducted using the data of how criminal domestic violence and animal abuse are connected. If you don't believe this will ever affect you or your family, keep reading because it does. I will provide links showing the statistics, explain why abusers choose to abuse the family pet, and discuss the consequences if something isn't done about it.

I will also show ways the police can intervene and possibly stop a deadly act of violence BEFORE it happens. I'm going to throw a lot of numbers up for my readers. These are important statistics.

The National Coalition Against Domestic Violence did a study in New Jersey by questioning women who arrived at domestic violence women's shelters. The research showed 85.4 % of women reported animal abuse by the person who abused them. Children questioned reported 63% had witnessed abuse of the family pet.

A New Jersey study showed that 88% of cases where there was physical child abuse in a family, there was also animal abuse.

The Chicago Police Departments Domestic Violence Program checked the arrests for animal abuse charges involving both abuse and fighting animals. They found 30% also had criminal domestic violence on their records. These statistics were reached by studying records from 2000-01.

A Texas study shows that in CDV cases those who also batter animals are more dangerous than those who don't.

Other studies show that those involved in animal abuse may also be involved in drug related crimes, gangs, weapons violations and criminal domestic violence. This covers a lot more that animal abuse. The recent cases in the new shows just how many released felons own guns. Police are doing their job with arresting these abusers for weapons violations. Has anyone considered what would have happened if the weapon had been used on a PERSON? This is only the tip of the iceberg. Do not think animal abuse doesn't involve you and your family.

Now for some real shockers. This is one reason tougher laws must be made and enforced.

Thirty-two percent of battered women also reported their child has battered or killed an animal. With 75% of family violence spilling onto the family pet and witnessed by a child, studies show the child who witnesses animal abuse is three times more likely to grow up as an abuser. Both of animals and humans. Please read this article to see how children who abuse pets may become more violent as they get older.

These numbers are shocking and I'm about to shock my readers further. There may also be a genetic factor involved in children who abuse animals. It has been shown that a condition known as conduct disorder may be to blame in many of the cases. This disorder is threefold. Biology, environment and society all play a part. Please read this and pass this link on to everyone you know: Conduct disorder leads to animal cruelty.

I found the conduct disorder very disturbing because I've always heard living in an abusive environment was the major cause of children who abuse animals. To know that genetics also play a part is overwhelming.

Now I want to go back and explain why abusers abuse, what the police can do, and how one group is working to help battered women and their pets.

Animal abuse in a family is all about power, control and punishment. The abuser uses the pet to demonstrate control over the family and enforce submission. He wants to place the family members into a constant state of fear. The goal is to prevent the victim from leaving or as punishment for showing independence. The family pet is used as a hostage in this situation. Many women reported the family pet was the reason they stayed with the abuser instead of taking the family to safety.

The police can play a vital role in preventing future abuse simply by looking at the family pet when on a domestic violence call. Does the animal appear abused? Sometimes a child will provide a more honest answer than an adult when questioned about the pet.

Many times the abused doesn't want to follow thru with CDV charges against the spouse. This is where reporting a case of animal abuse to the proper authorities can make a difference. Once the Humane Society or other pet welfare organization takes over the case, the burden is taken off of the victim. Many states now allow the police to pursue charges even if the spouse later wants to drop them.

Now for some good news. There is an organization that can assist a family with care for their pet. Here is the link for the site: LifeLine Crisis Relief (for Individuals)

A LifeLine Crisis Relief grant can provide individuals money to assist in taking care of an animal. These grants are know for providing relief for natural disaster victims, but are also available for victims of domestic violence. This money can be used to treat an injured animal, boarding costs, and transporting the animal to safety,

I've kept this article as brief as possible because I believe it should be sent to every government representative to force changes in animal cruelty laws. Our leaders don't have time to read a mini-novel. Hopefully they will read my article.

This subject doesn't just affect the animals who have no voice. It affects children and women and pets. I am their voice and I want everyone to know how dangerous a game the lawmakers in this country are playing by only giving abusers a "slap on the wrist and a small fine."

Also go to the Care2 site and sign petitions against animal abuse. Their petitions are legal because you must enter an address to sign one. Don't waste your time with sites that don't ask for personal information. They aren't legitimate from a legal standpoint.

This issue, along with shelter and rescue groups are my babies. Because CDV and animal abuse really affect everyone involved, I've started a petition to force the government to require convicted animal abusers to register the same way as a sex offender. We all need to know when an animal abuser is living in our neighborhood. You can read more on that subject here.

I think everyone gets the point so I'll end this hoping I've done a little bit of good for pets everywhere. Now my readers need to do their part by sending this link to everyone.