I met Aramis yesterday. He is a young but perfectly formed F2 Savannah cat who was about to go to a new home. Actually, he is not quite perfect for a Savannah cat; his tail is too long. It looks great though from a photographic point of view.

It is also difficult to get a sense of scale in the photos that I took – he is small as he is a very young cat. He was bred and raised by Martin and Kathrin Stucki of A1 Savannahs, Ponca City, Oklahoma.

Well, he is a special boy cat. He is very loving and very active.

Martin said that he was the fastest cat of his age that he had encountered! And the cats that Martin raises are all pretty fast. Here is his: 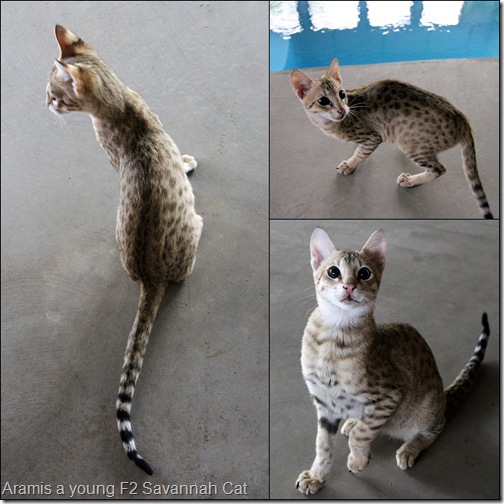 In addition to being plain fast he is also very athletic. This is to be expected but Aramis liked to run up walls…

Although I didn’t see it he can apparently charge at a wall and leap on it running across it and then jumping off. I am talking about vertical walls and Aramis is running on the vertical bit!

The pictures were taken at the home of Martin and Kathrin. There really are some wonderful cats here. And plenty of other animals.

Yesterday, for instance, we handled a baby coyote who very sadly had lost her mother. She was frightened but lovely. Here’s a picture of me holding this vulnerable animal: 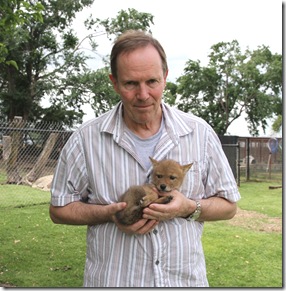