No, cats are less expensive than dogs by about 50%. Perhaps the better statement is that people spend less on cats than dogs because the reason may be due to choice. The initial expenses on adopting a dog are around twice those when adopting a cat according to my research. Also, dog owners are far more likely to take their dog to a veterinarian, which pushes up the costs substantially over the companion animal’s lifetime (see below). My research also indicates that a National Dog Day report relating to America tells me that some owners are spending more than $2,000 per year on their dogs (2020). This is much more than the normal amount spent on a cat.

Owning cats and dogs is in the DNA. Picture in public domain.

According to an article on the Rover.com website the initial costs when adopting a dog are between US$610 and US$2350. The same business did a similar survey on cats adopted in the UK so I can’t make a direct comparison on currency but historically the cost of services and items in the UK in pounds is the same as the costs in America in dollars. And/or services are cheaper in the US. On that basis we can make a comparison and initial costs in adopting a cat is between £350 and £1260. Initial costs are based upon adopting a rescue animal. The adoption fees are much lower than the purchase prices of purebred cats or dogs. In fact, during the coronavirus pandemic, in the UK, the purchase price of purebred dogs has rocketed in some case and have been inflated to about four times the usual price at somewhere near £4,000 for the more popular breeds such as the French Bulldog. This is because of increased demand.

However you look at it the initial costs are much higher when acquiring a dog compared to a cat. 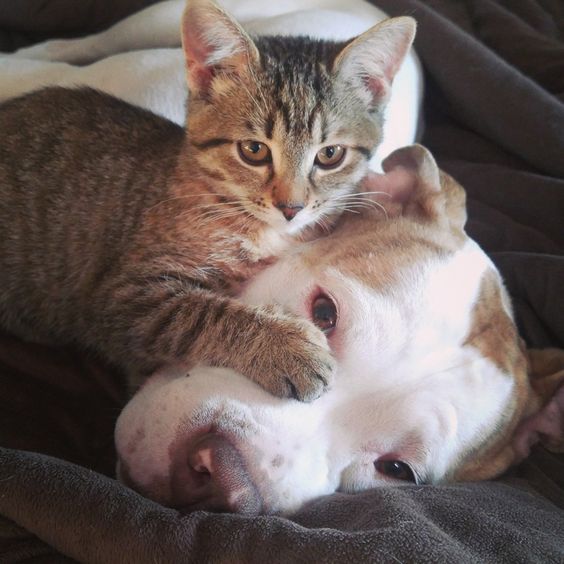 Using the same source of information, the annual cost of looking after a dog varies between $650 and $2115. For cats in the UK the annual costs are between £245 and £710. Once again the costs of maintaining a dog far outstrip those of a cat. 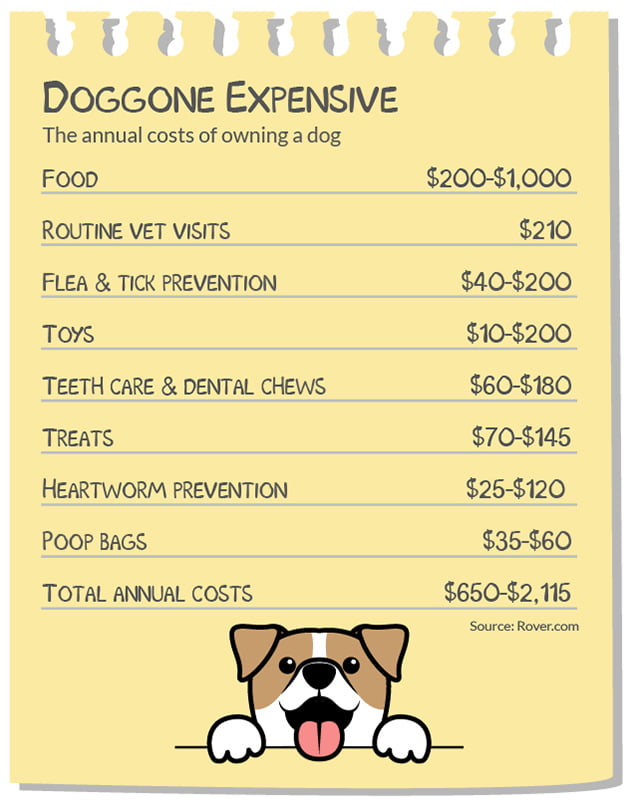 Annual cost of owning a dog in the USA. Infographic: Rover.com. 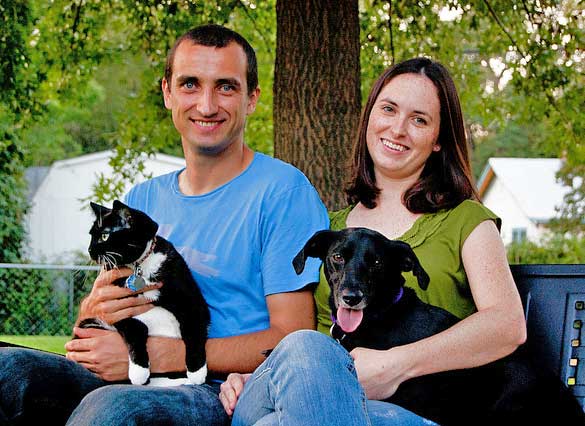 Harmony in the family. Photo by Julie Bayer-Vile

The Independent newspaper publishes a comparison of costs between cats and dogs in the first year in the UK which supports the above. They say that owners spend an average of £4791 on dogs while cats cost owners around £2155 in the first year. They refer to a study but don’t mention the name of the study. The same picture has emerged.

They say that dog owners took their cats to their veterinary clinic on average 1.5 times a year in 2006 which was down from 1.9 visits in 2001. In contrast, cat owners took their cats to a veterinary clinic 0.7 times per year (2006) and once per year in 2001. Once again, this indicates that the veterinary fees for dogs are about twice those of cats on a year-on-year basis. No one’s explained to me why dog owners take their companion animals to the vet more often than can owners do. There can only be two explanations (1) dog owners are more concerned about their animal’s health than cat owners or/and (2) dogs are less healthy then cats. Of course both could apply simultaneously, which is probably the reason.

All the evidence points to dogs being more expensive than cats by a factor of approximately two.