I have a black and white male cat that has all of the marking now of a Maine Coon. When I first adopted him and his sister at 5 weeks they just looked like regular kittens.

I started to notice something was different about Bandit at about 4 months. His tail was getting fluffy and had long hair growing out of his ears. He looked like Yoda.

At six months he was over 8 lbs. with long silky hair and a huge plume like tail. His sister was petite and not at all like her brother.

Bandit is now 9 months old and weighs 12 lbs. His sister also has silky long hair but her tail is not as bushy and she is still petite.

I have no idea how big Bandit will get but I will keep you informed of his growth over time.

Hi Kara.... if you can take a photo of Bandit that would be great.

You can then email me the photo and I'll upload it for you:

mjbmeister at gmail.com substitute at for @

Update 28th Dec. 2009: Here are some pictures of Bandit that Kara kindly emailed me. Kara says "The second one is at about 4/5 months old. The others were taken over the past couple of months.": 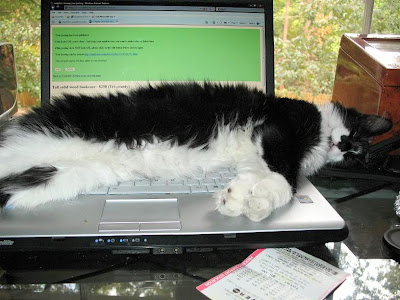 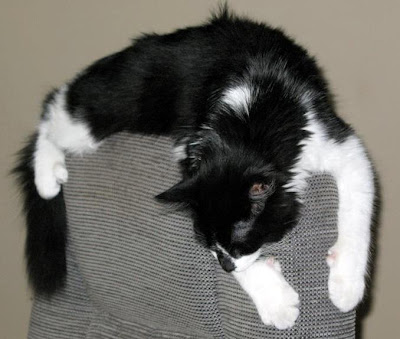 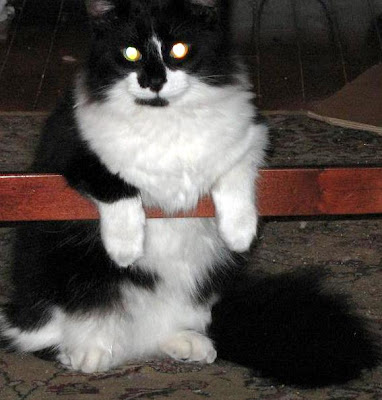 Thanks Kara. I am very impressed with your boy!