I’m dreaming but I’m desperate to find ways to reduce the feral cat population humanely because there is too much cruelty against feral cats. People forget that humans put them there and that they are sentient. They just want them out of the way particularly with the pandemic and the spread of disease. People are inherently fearful and fear leads to abuse blah blah blah. I won’t go on about that but I have just read in the newspaper that scientists have been able to bio-engineer male mosquitoes which when they mate with females produce progeny which have a “death switch”. The offspring die before they reach adulthood. The purpose? To reduce the spread of mosquito-borne diseases in Florida’s Keys, initially. If it works it will be used worldwide, I suspect. It is the work of a British team: Oxitec in Milton Park, Oxfordshire. 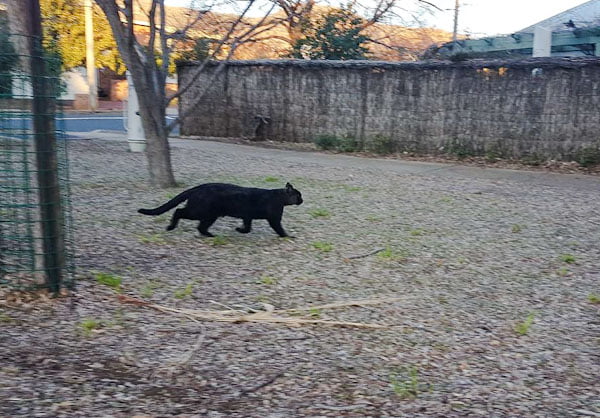 Very large feral cat in Australia. Photo unattributed and on the Land.com website.

Obviously, we can’t treat mosquitoes in the same way that we treat cats but the basic concept of bio-engineering insects to die prematurely might be usable to help reduce and ultimately eliminate the feral cat population. But of course, it has to be a humane process. If it is feasible to engineer the genetics of feral cat offspring so that they die prematurely, their death has to be painless. It seems plausible to me. It depends upon how the animal’s genetics are modified which triggers a metabolic or organ malfunction which leads to death. If the malfunction is painless then we appear to have a solution to the feral cat problem. It would be self-euthanasia. 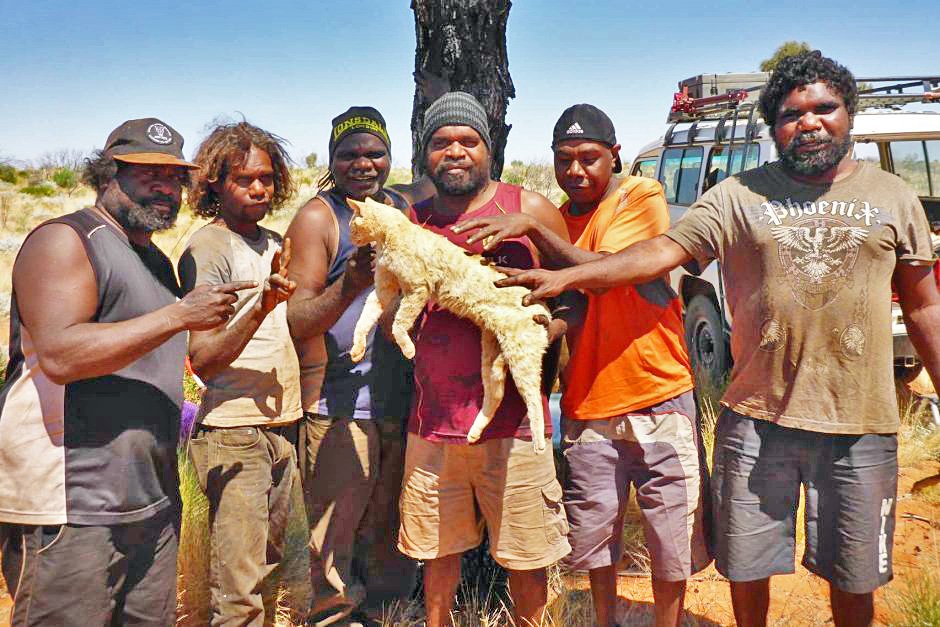 Aboriginal Australians with the feral cat they killed. Effective no doubt but cruel. Picture: abc.net.au

Even if it is plausible, perhaps this potential solution is too far off for too many people. I am thinking primarily of Australia where they have a huge commitment to rid themselves of feral cats but they do it in a way which is highly suspect because of the pain they cause the cats either through poisoning or shooting and any other means available to them. They’ve forgotten that feral cats are sentient creatures. 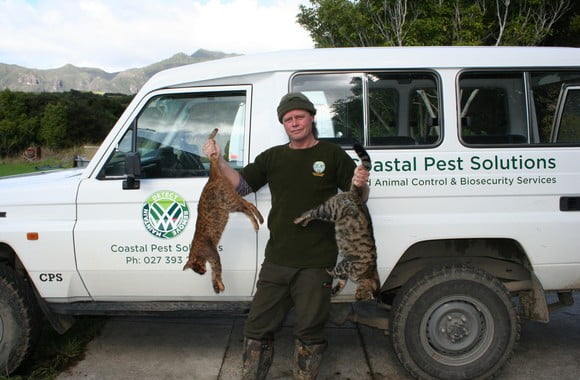 Feral cats NZ. Not dissimilar to Australia. Pic in the public domain.

The solution to the problem is to educate cat owners to be more responsible to cause fewer stray cats and therefore less feral cats. But in parallel science may be able to help as mentioned. In any case, this is a very long-term project. It is taken let’s say 100 years to create a feral cat problem. I would predict that it will take at least half that time to resolve it; plenty of time for scientists to come up with a humane bio-engineered solution.