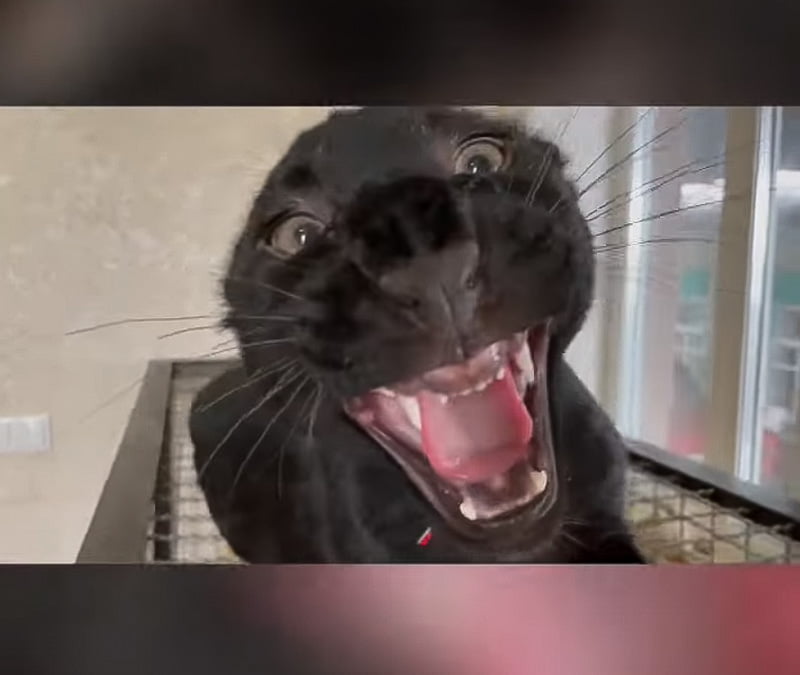 Black panther cub – melanistic leopard cub – makes a cute roar in the basement of a home in the Donbass region of Ukraine during Putin’s invasion. Screenshot.

For a reason which remains unexplained, Dr. Bandi Giri Kumar lives in an apartment in the Donbass region of Ukraine during the invasion by Putin’s forces. The problem is that he has a couple of unsuitable pets namely a full-grown leopard and a young black panther a.k.a. melanistic leopard. The melanistic leopard is very cute with a cute roar but they are both apparently in the basement of an apartment block for their security as the war rages on over their heads. It looks desperate.

The next problem is that he is running out of food for his hungry big cats because of the war and he can’t get them out of Ukraine to India, also because of the war, and because of the huge difficulties that that presents to him. The paperwork and the transportation costs et cetera, a logistical nightmare. It’s just not viable and therefore he is trapped in the most impossible situation with conditions deteriorating.

Note: This is a video from another website which is embedded here. Sometimes they are deleted at source which stops them working on this site. If that has happened, I apologise but I have no control over it.

At the end of explaining he pans his camera around to what I presume is the outside enclosure of his private zoo which looks devastated and covered in snow. It’s completely unsuitable for a couple of leopards. He loves his leopards. He has raised them both from cubs and when you do that you form a very close bond. He treats them as family and as pets.

But back to the beginning, we don’t know why he is in Ukraine. Perhaps Ukraine has lax rules regarding the ownership of big cats and he has taken advantage of that. I’m guessing.

If I was being unkind, I would say that he has acted irresponsibly. He has grandiose plans of relocating his cats into the wild in India. I don’t think it would have worked even without the war. 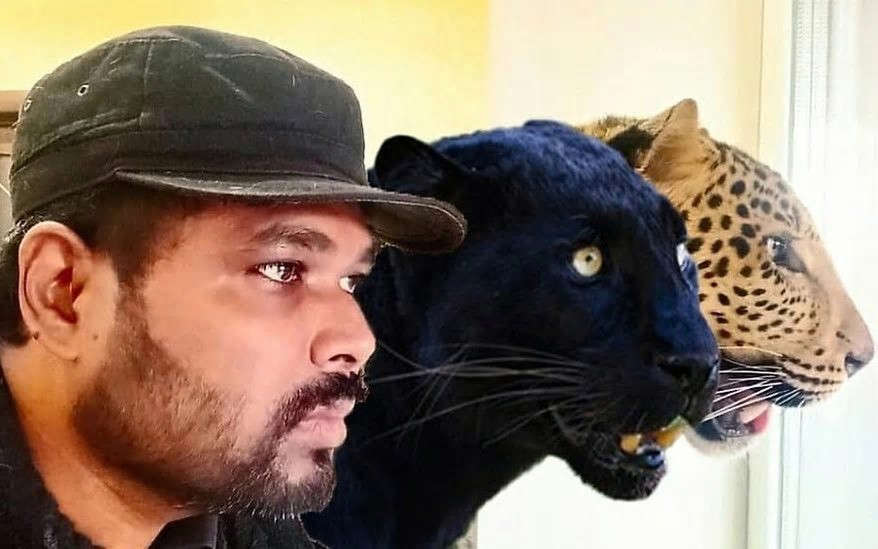 I think he is an orthopaedic surgeon. Perhaps he is in Ukraine for work and he combines that with his love of his leopards. He needs somebody to come forward to rescue him and his cats.

He refuses to evacuate because the safety of his cats is more important to him than his safety. An admirable statement. He said:

I want to make it very clear to everyone concerned that it is just not my safety or survival or evacuation, but it’s more about the safety and survival of my precious big cats. I treat them as my own kids as I brought them when they were very little and orphaned

What is to become of him and his cats? He finds himself in the wrong place at the wrong time. He should have got out earlier and perhaps tried but the logistics are too difficult. And I sense that he is short of funding. During this brutal defense of Ukraine by brave Ukrainians from Putin’s callous and merciless invasion, outsiders aren’t going to be too concerned about a couple of wild cats.

It is very tough for him and I wish him the best and for his cats. It may end badly.

Leopard picture – plus some info on appearance

Your search for a leopard picture is over. Here are some pictures by the very experienced and skilled professional wildlife ...
Read More
Leopard cubs – a tough beginning

Overview: Here are some facts about leopard cubs. A cub will normally be born as part of a litter of ...
Read More
Leopard habitat – any type except true desert