I like to think that Burmese cat names should be Burmese human names that can be adapted – why? Well, we use human western style names for cats sometimes but often they are names that just sound good or have a suitable meaning. I think the sound of the name comes first and its meaning second. After all, cats respond to the tone and sound rather than a recognition of the name. Also names are often adapted and shortened or turned into baby talk type names. As the Burmese cat comes originally from Burma and as Burmese names are interesting and have a meaning plus sound good and can be nice and short and snappy they are highly suitable, I think, as names for a Burmese cat. I wonder what they call their Burmese cats in Burma (Myanmar)? 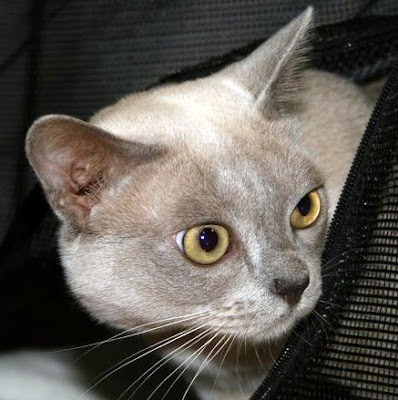 Above – Classic Burmese colour and face. Photo taken at a CFA cat show so no surprise. Photo by alasam 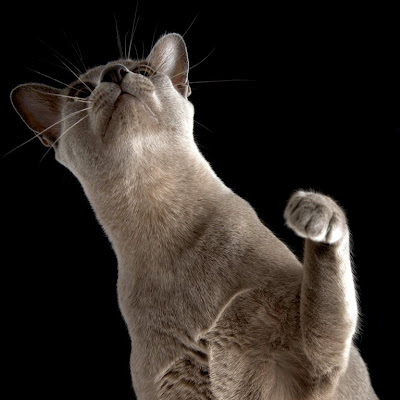 Photo above by Silver Doctor

I present below some proposed Burmese cat names for male and female cats that I have carefully selected from Burmese names. They should, I think, be pronounced as seen unless you are Burmese.

Arun – means sun. This is a nice name for a person too. And meaning sun adds to its appeal. Remember the Burmese cat has golden sun like eyes. This is one of the most suitable Burmese cat names I have seen. It is used exclusively in Burma (Myanmar) for boys.

Chit – means love. Well it is hard to beat that for a cat because there should be plenty of love about. A nice one syllable word; short and sharp, which should be readily recognisable by your cat once it is used for a while. It lends itself to some modification too like chitty. No, I am not thinking of the other word:-)

Cho – means sweet. This could easily be made more endearing or cute by adding “ie” – Choie.

Mya – this means emerald. A nice short name and ideal for a Burmese cat but there is one problem – Burmese cats have golden yellow eyes. Still, its a nice name.

Myo – means relative. Well, I think this would be a good name to speak. Nice and short and easy for a cat to recognise. As to its meaning, relative is suitable because a cat is very much a part of the family and therefore becomes a relative to us, the human companion.

Moe – for boy and girl cats. It means rain. So if your cat likes water this could be suitable and it is easy to say and doesn’t need modifying.

Sanda – means moon. Ideal for the cat who insists on going out at night (assuming you let him out – in Europe we let cats out more – see outdoor cat problems). Or it might suit the cat with big moon like eyes. Also the CFA breed allows a platinum – silver colour with pinkish tinge, which is moon like in appearance.

Sandi – also means moon. This will no doubt be used and pronounced as a western girl’s name. It is short for Sandra (Sandie or Sandy) I believe in the west. The verb to moon can mean two things. It can mean to show ones backside (slang) or to spend moments dreaming. Both are highly suitable for cats! Also Burmese cats do have a slightly sandy colour particularly if the colour is fawn – warm beige (a TICA – The International Cat Association, colour).

Thiri – means gold. This is particularly apt for one of the Burmese cat names because the eye colour of the Burmese cat under the breed standard is gold. Plus gold is a suitable word in its own right. For example it is used in the phrase, good as gold. So if your Burmese cat is a very good girl or boy cat this is the name. I would pronounce it with a silent “h” (as if it was spelled Tiri). This is a word that sounds good when pronounced by a European or American and as most Burmese cats are in America or Europe that is convenient.

Win – means bright in English. Well, the word bright can refer to your cat’s temperament. A vigorous character would be a bright cat. And of course it can apply to cat intelligence. Some breeds and some cats are more intelligent than others it is said. See cat intelligence.

Zeya – this word means succeed so it would suit a cat that is very good at getting what he or she wants (that means all of them:)) or a cat that is athletic and succeeds in easily getting to the top of the fridge in one leap.

They will be others and all we have to do is discover some Burmese names for people.