Frankly it astonishes me that when you research cat attack statistics you see cold figures with no attempt whatsoever to analyse what caused a particular cat to attack a person which is vital information if attacks by domestic cat on their owners or friends are to be reduced.

In fact, it is worse than that. By implication the source article (see link below) states that the cat is to blame. 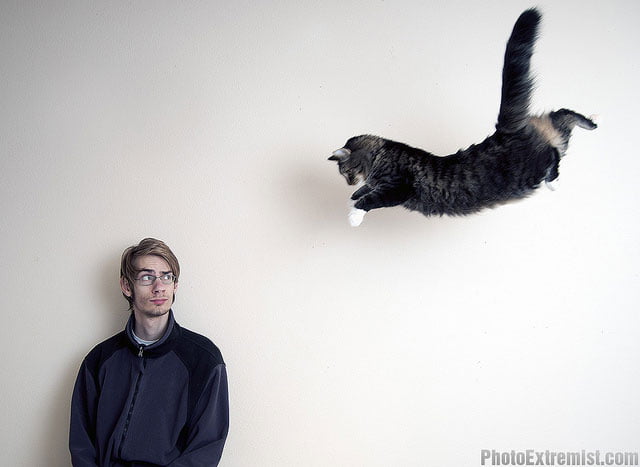 It is also extremely important to know what happened for the sake of domestic cat welfare because presenting cold statistics about domestic cat attacks on people can very easily misrepresent the nature and behaviour of the domestic cat in general.

Having set the tone in the introduction, below, I present some cat attack statistics for 2012-13 in S.Australia.  The information in this section comes from The Advertiser.

A chart on world statistics for cat and dog bites can be seen on this page.

The headline on this Australian newspaper tells us that there has been a big rise in cat attacks in South Australia.

There were a reported 84 hospital admissions for injuries caused by cats.  The patients spent from 2 to 38 days in hospital.  Thirty-nine South Australians between the ages of 50 and 74 were attacked most often.  Three children aged up to 4 years were also admitted to hospital but no children between 5 and 9 were admitted. There were also 10 patients aged between 50 and 54 and 10 more patients between the ages of 60 and 64. In addition there were 11 people aged 80 and above who were hospitalised. 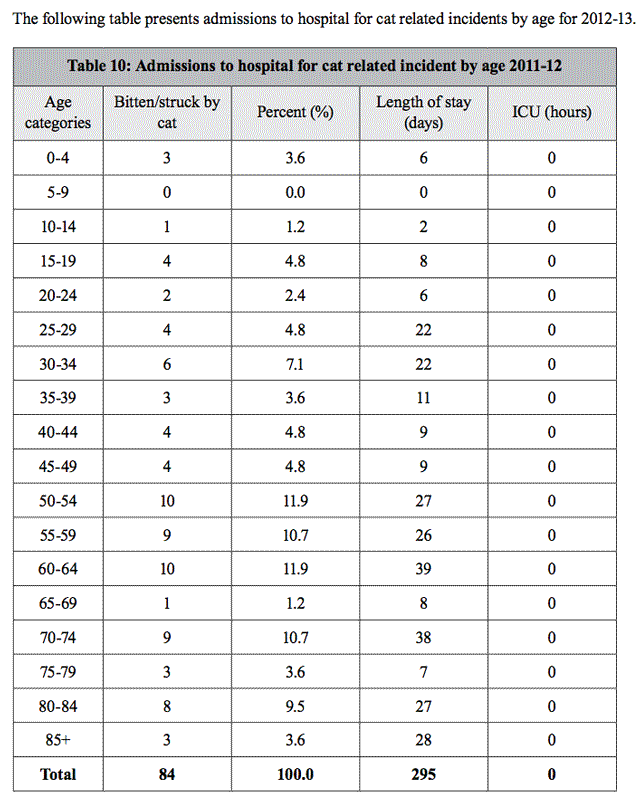 As expected the typical bite occurred on the hand or wrist. It is estimated that 60% of the patients who came to the hospital had an infection after the bite or scratch. Hospitalisation results from an infection which is treated with antibiotics.

As can be seen a number of people presented themselves of hospital very late having already developed an infection. If people, through mishandling their cat or another person’s cat, are bitten then common sense dictates that the person should ensure the wound is treated with antiseptic cream and in addition perhaps a topical antibiotic and if needs be to see their doctor. To wait and ignore the problem is to invite a potential serious injury through bacterial infection.

The point I’m making is this: if a person presents at a hospital because of a cat attack the most likely reason (but not always the reason) is because the person has been careless on two occasions; firstly in failing to interact with a cat in the correct manner or failing to be observant about the cat’s mood and secondly failing to deal with a cat bite promptly and sensibly.

In the interests of fairness (and not for reasons of bias), I would like to see the first burden for cat attacks to be placed at the feet of people. You’ll find that I am correct that domestic cat attacks are really a people problem.