I’ve never bred domestic cats and have no desire to do so because I believe that all people should adopt a domestic cat companion from an animal shelter and when that task has been completely carried out and there are no unwanted cats remaining on the planet then we might consider breeding cats for our pleasure and financial profit. Perhaps I have an extreme viewpoint.

Because of this background narrative we owe it to the male stud cat to make his living arrangements as agreeablee as possible. Because they spray urine everywhere to attract females and mark their territory, they are unsuited to living in the home. They’ve got to be parked in a cage like a zoo animal. Below is a picture I took years ago of a male, black Savannah breeding cat (F4) at A1 Savannahs in Ponca City, Oklahoma, USA. He was desparate for human company. It was a sad visit for me. 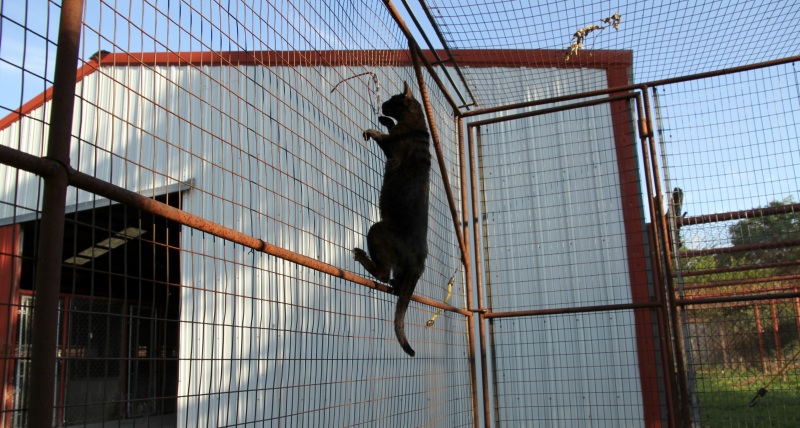 But if we are to do that we owe it to the cat to make their living arrangements as attractive as possible to allow them to behave as naturally as possible. Ideally they should have an outside run so they can sniff the air and feel the grass under their feet. Importantly there should be lots of climbing areas because, as we know, domestic cats like to travel vertically and horizontally.

It should contain wooden shelves, cat trees to climb and an observation area. They should be able to watch “cat television“. This is a window which allows a stud cat to look at the world outside of their pen.

Richard H Gebhardt, a former distinguished cat show judge and president of the Cat Fanciers’ Association, makes an interesting point that the more inbred that the male stud cat becomes the lower the quality of his sperm becomes as well. He says that male cats produce a high proportion of abnormal sperm cells; about 25% on average. A stud with defective sperm is not a great stud, is he?

Aspiring cat breeders should choose a male that is not too closely bred which Gebhardt describes as a cat “with the same cats appearing over and over in his pedigree”. 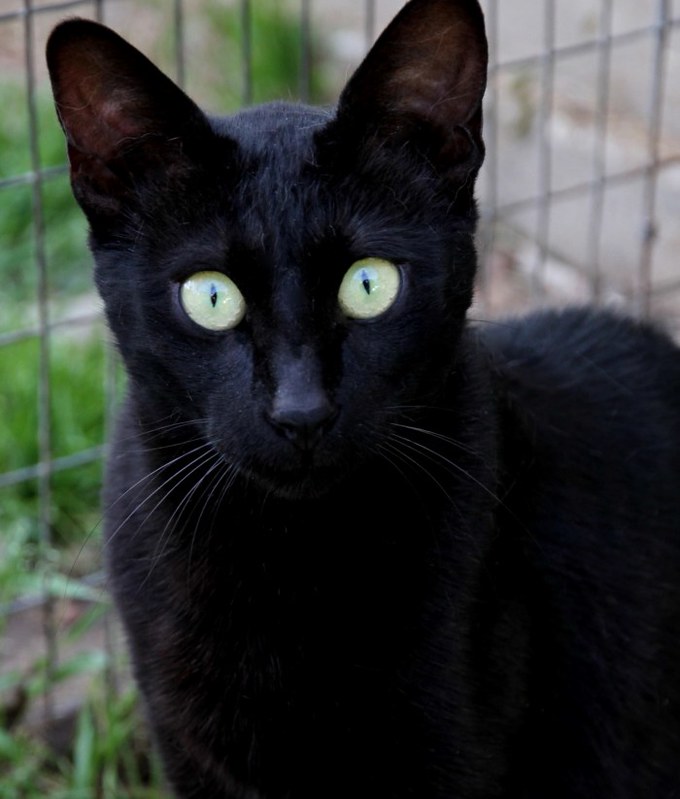 The cat above is the same cat seen climbing his cage in the photo above. He was a darling cat desparate for human company. Photo: MikeB.

I feel compelled to write about the moral dimension to confining a stud cat for breeding purposes. There is a moral obligation to provide the best possible living conditions. Otherwise it shouldn’t be done. Gebhardt states that if you breed cats as a hobby “with a small h” you may be fortunate to live near to someone who owns a stud male cat which your female gets along with. You may be able to borrow the male cat and enjoy breeding and showing cats without actually owning a male”. This is perhaps untypical because most breeders for reasons of “convenience and with safeguarding their cattery from infection” have their own males.

He advises exercising extreme caution in purchasing a male kitten or in buying or leasing a proven stud or in keeping a kitten “that you have bred for use in a breeding programme”. He says that two genetic principles guide the aspiring cat breeder in the selection of a stud.

These are (1) “he should be from a family or line of cats that has crossed well with the female’s line in the past and (2) “he should be accomplished in producing those qualities the female lacks. There is little chance of improving eye colour in a female’s kittens if the male she’s bred to produces mediocre eye color as a rule”.

He refers to genetics as a gamble and that there is no way to guarantee top quality kittens in any breeding programme. The objective is to minimise the chance of failure. The stud male should be a grandfather, ideally, because it is easier “to gauge a male’s reproductive quality by looking at his children and their children as well”. Before breeding cats I’d think hard about the moral dimension.