How many times have domestic cat wandered back to their territory after they have moved to a new home a few miles away? Or if the move is many miles they may attempt to return and fail. They become lost but in all these instances domestic cats have prioritised being in what they consider to be their territory (their home range) over the pleasures and luxuries of being looked after in a nice home by a human being. Perhaps we should not be surprised that cats behave like this. Who are we to move them around without their consent? They have their home and we take it from them. I’m using what some might consider to be extreme language. However, from the cat’s perspective it is correct. 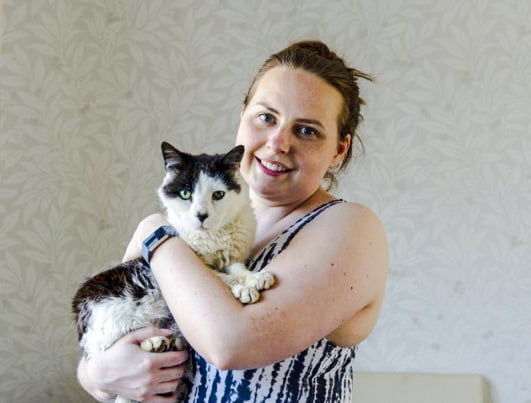 Like many others, I have a personal interest in this form of feline behaviour. I moved about a mile from my previous home, from an apartment to a house. I built a cat confinement fence around the back garden. My cat was confined but eventually got out despite the odds of him doing so being remote.

He returned to my previous home and lived rough in the grounds of the apartment block (sustantial grounds with plenty of cover). I went in search of him. I knocked on doors without success. I eventually discovered him. He was starving (and unhappy?) but compelled to be there, to live rough amongst the bushes and trees and perhaps to be fed occasionally by a kindly resident.

My cat had prioritised living in an area he knew intimately and was connected to strongly over having to settle into a very nice new home which he did not know or with which he was unfamiliar.

There is a story today which illustrates the strength of attachment a domestic cat has to their territory. Back in 2008 Vicky Swainson moved about 2 miles to a new home near Leeds. Early on during the move, Vicky’s black-and-white cat, Gucci, “escaped” to an allotment nearby. Vicky did all she could to find Gucci. She walked 2 miles almost every day from her new home in Morley to her old property in search of him.

Twelve years passed by and Vicky adopted another cat. Vicky is now 31 years of age and was in total shock when she received a phone call from a local veterinarian who had scanned Gucci’s microchip to discover that he had an owner. Vicky of course was overjoyed and she believed that it was a one in a million chance to have him back. She said that it was a strange feeling to be reunited with him and she believed that she recognised him as soon as they met.

We don’t know what happened in the intervening 12 years before Gucci was discovered. However the veterinarian said that Gucci had been wandering the streets for about eight months while being fed by a local woman. She noticed that Gucci was underweight and called a veterinarian who thankfully checked for a microchip.

It is a happy ending with a slightly sad twist to it. Because Vicky had adopted another cat called Larry she was worried that introducing Gucci back into her home would cause problems between the cats. Therefore, Vicky’s dad, Steve Swainson, has agreed to look after Gucci for, I presume, the rest of his life. No doubt Vicky will have a chance to meet him whenever she wants in far better surroundings than he has become accustomed to over those 12 long years.

As I said, a domestic cat’s attachment to their territory is akin to ownership of it and it is hard to prise it away from them.

Some more on home ranges 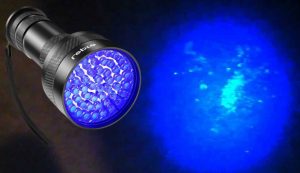 In cat detectivism the blacklight is your best friend

Cat detectivism is a phrase coined by Jackson Galaxy to describe figuring out what is behind cat behavior problems such ...
Read More

Although we know that a full stomach does not deter a domestic cat from hunting because predation is instinctive, it ...
Read More 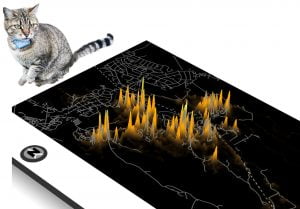 10 facts about the space used by cats allowed outside

This is information from a Norwegian study but it represents domestic cats generally in 'developed countries' because domestic cats anywhere ...
Read More 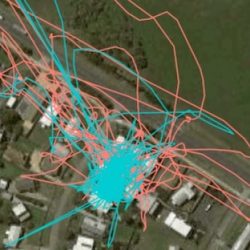 I suspect that this has being considered by the Australian authorities: cat exclusion zones within new housing developments in Australia ...
Read More