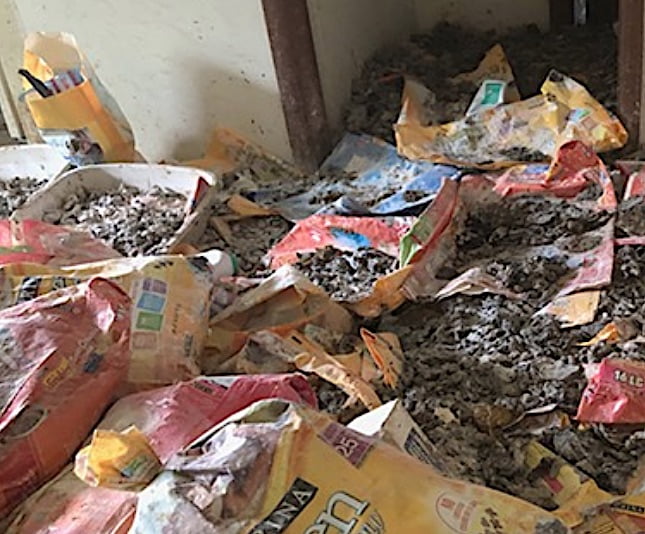 This, as mentioned, is a mental disorder and is most commonly associated with obsessive-compulsive personality disorder, obsessive-compulsive disorder, attention-deficit/hyperactivity disorder and depression. To that you might add anxiety. We have to therefore have a quick look at OCD and its causes. The causes of OCD is also a work in progress situation. It may be partly genetically inherited, there may be low levels of serotonin in the brain (depression?), OCD may start with an important life event which affects an individual and finally neat, tidy and obsessive individuals can develop it through anxiety.

I think the last possible cause is the most often encountered. I would like to add my thoughts at this point. In a slightly chaotic world people who want to control their world struggle to do so. They need to constantly reassure themselves that they can do it and create order around themselves and in their life. In achieving this they have to constantly check and rearrange objects to keep them tidy and in an orderly manner. This is due to anxiety in a person predisposed to OCD.

Therefore, hoarding of objects perhaps has an underlying cause of anxiety. Plain fear is also often present but subsumed by a general malaise. Hoarders of objects keep them because they think they might need them in the future. They are perhaps anxious that if they throw the object away or give it away that they might need it again sometime in the future and be distressed that they do not have it. Object hoarding is linked to retail therapy; the pleasure in buying objects and possessing them. This is also caused by anxiety in my opinion. A lot of people are addicted to buying objects even though they do not need them.

I think we can put anxiety and depression at the top of the underlying mental health causes of object hoarding. 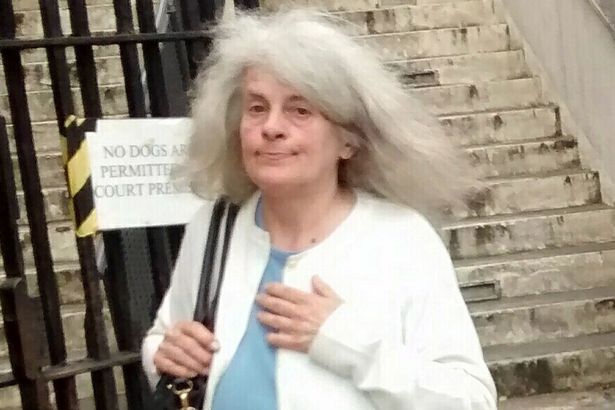 Elisabeth Blore. Hoarder accumulated 30 tonnes of rubbish under which 15 rotting cats were found

This is obviously slightly different because living animals are being hoarded. The underlying causes are the same in my view except that cat hoarders often feel that they are doing a good service in the interest of cat welfare. They feel that they are rescuing cats and saving them from a miserable life on the street. Often cat rescuers develop into cat hoarder’s. They totally undermine their objectives because in cat hoarding they are forced to neglect cats which causes illness. The cats that they rescue end up in a worse position in terms of their welfare than they were before being rescued.

Cat hoarders don’t recognise this ironic situation in which they find themselves. Or perhaps, to be fair, they sometimes do. Sometimes they suddenly recognise that they can’t cope. I think this is where there is difficulties in defining a cat hoarder. Sometimes people give the impression that they are cat hoarders but they are not. Perfectly sane people who want to rescue cats can end up neglecting them because they are swamped by their numbers. The cats are not spayed and neutered and therefore they breed. It’s a matter of carelessness rather than mental illness. It’s a matter of the inability to cope which is distinct from a mental illness such as OCD. This blurs the boundaries between cat rescue which has gone wrong and cat hoarding. This makes it more difficult to analyse cat hoarding and its underlying causes.

However, medicines for OCD does not benefit people with hoarding disorders. I’m not sure that that is relevant.

I think, too, we have to include in this argument possible outside influences. Some time ago I drew a diagram which you see below. These are my thoughts. These influences add to the potential that cat hoarding might commence in an individual predisposed to it. 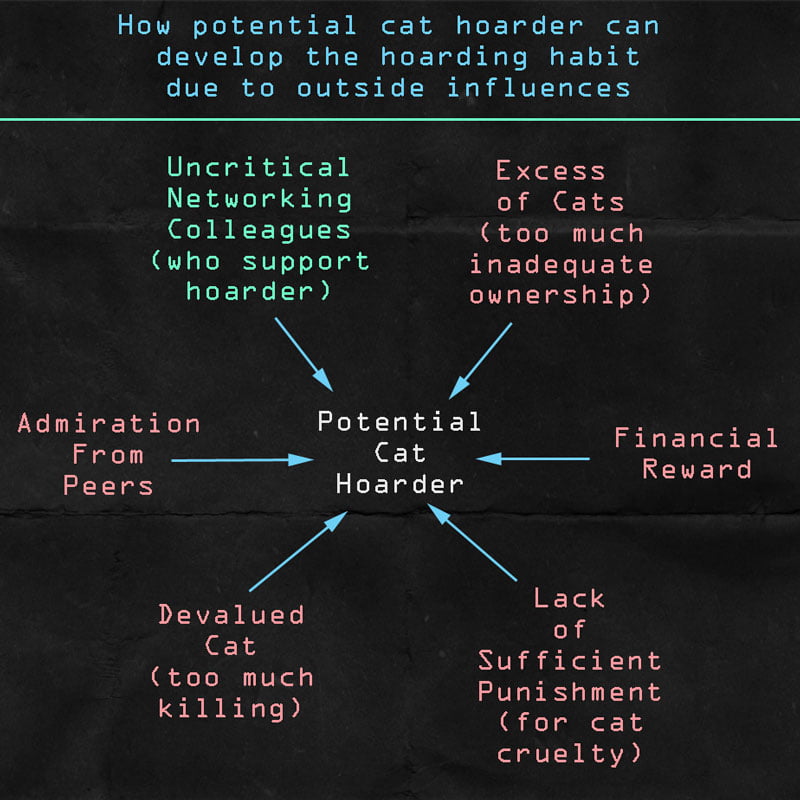 Cat hoarder encouraged by outside influences

There are still some doubts as to whether cat hoarding is a distinct form of mental illness. One lady thinks that it is. Elisa Ferreira, a PhD student at the Pontifical Catholic University of Rio Grande do Sul studied animal hoarding for her master’s degree thesis. She visited 33 houses where there was animal hoarding. On average there were 41 animals. Seventy-five percent were on low incomes, 88% weren’t married and 64% were elderly. Further, 73% of the animal hoarders were women. This is a classic cat hoarding profile.

Only half of the participants in the study hoarded both objects and animals. The tendency was to start hoarding after a big disaster in their lives such as the loss of a job or a child. She agrees that animal hoarders think that they are on a mission to save animals’ lives. She also makes the point that the practical aspects of animal hoarding are different to those of object hoarding. You can’t remove animals in the same way that you remove objects from the home. It is more emotionally taxing to do so with respect to cat hoarding. She believes that animal hoarding should be classified as its own mental disorder. Her study is not complete and she believes more work needs to be carried out. 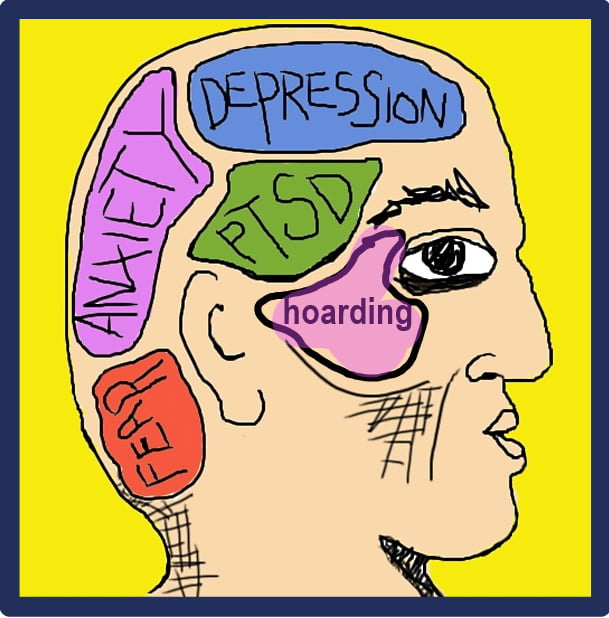 I have a neighbour who is a cat hoarder. She has 10 cats in a semi detached house. She also hoards objects. She is a classic “patient” if you like. I think the reasons why she hoards cats and objects is the same. Obviously she likes cats. She also takes her cats to cat shows. Some of her cats are purebred. The cats live in poor conditions. The air that they breathe is full of ammonia from cat pee sprinkled around the home. It is a very smelly home and it must be unhealthy.

I believe that she knows that her home smells bad and that she is embarrassed by it. This indicates that she is not mentally ill in the classic sense. It’s a minor form of mental illness born out of anxiety in my view. Cat hoarding in this instance is a mixture of anxiety and a love of cats which merge. To that you can add a lack of responsibility for the consequences of one’s actions. You can also add in a lack of sensibility and sensitivity towards the feelings of the animals that the cat hoarder keeps. My neighbour’s cats are confined to the home. They must be abjectly bored. They sleep most of the day. They have nowhere to go. She, herself, is overweight as is her husband who is barely mobile. They are both Type II diabetics as a consequence. They lack energy and this must have a consequence on their ability to care for their cats to a decent standard. I would call it borderline animal cruelty. But she and her husband are not mad or mentally ill.

This is another complexity in cat hoarding. There is a spectrum of cat hoarders. At the extreme end there are people who are certifiably mentally ill. They don’t know really what they’re doing. They are unaware that what they’re doing is hurting their cats. At the better end there are cat hoarders who started out as cat rescuers, found they couldn’t cope and then they relinquish their cats to a cat rescue organisation voluntarily. They were aware of what they were doing.

I think we have to be cognizant of this difference between cat hoarders. You cannot label them in the same way. There is no doubt that there is a mixture of mental processes and emotions going on in the head of cat hoarders. In my view, it is born out of anxiety, depression, a love of cats and the failure to be objective in observing what they’re doing. This hints at a lack of intelligence and education.

Earlier in the article I referred to the sort of people who become cat hoarders. They are often independent, elderly women who perhaps are struggling in life because of their low income. Does this hint at a cause for anxiety? It also hints at a need for company. That is a point that I have not made until now. Another aspect of cat hoarding is the need for an animal companion and a concern for animal welfare which goes wrong. Elderly women are also less able to cope in general. Does not being sexist. I’m talking about mental ability declining as well as physical abilities. These add to neglect in curing the cats. This is another layer which you have to add onto the complexities of the cat hoarding problem.

A thread which runs through all stories of cat hoarding is that the hoarder ends up harming animals even though they don’t recognise this or are not fully cognizant of it. And ironically they like cats. A person who likes cats should not want to harm them. Therefore the harm that they do is out of carelessness or a lack of awareness. It’s a lack of sensitivity or observation towards cat welfare. It’s a blind spot. This is another aspect of cat hoarding. The most common illness suffered by hoarded cats is upper respiratory infections. 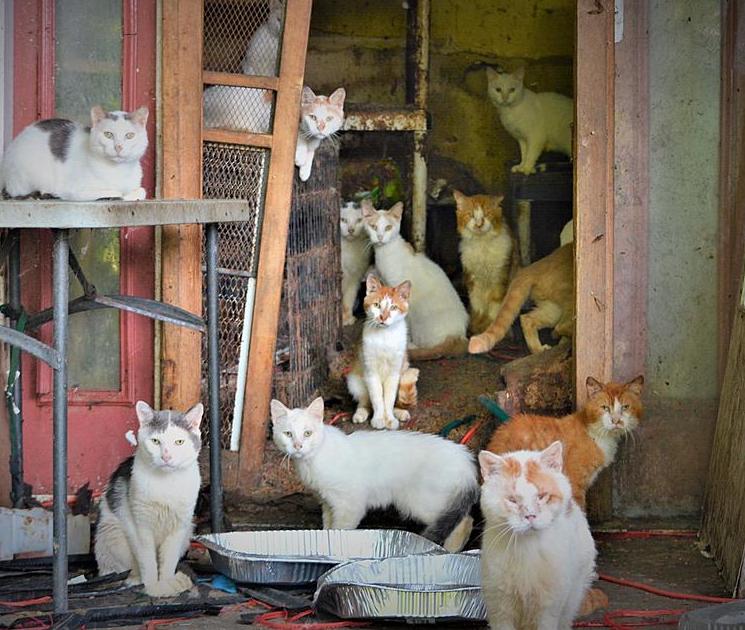 It is sad to report that online media never tell us that cat hoarders have been treated for their mental illness. Invariably they are either let off or punished as a criminal. The cats are taken from them. They often restart because they are compelled to do so due to their mental illness. More needs to be done to treat the causes of cat hoarding and not to criminalise the individuals unless they are participating in some sort of scam. Sometimes cat rescuers who are cat hoarders use their activities to raise money on social media.