This cat is not kissing! A domestic cat suckling a teddy bear is not as unusual as it looks. The cat is still suckling and the argument is that the cat has been weaned too early and is suckling on anything that is convenient.

Teddy bears are very convenient and in this case it looks like the cat is kissing the teddy bear. Sometimes you see cats suckling on a person’s earlobe but there are many other objects which are substitutes for the mother’s breast. 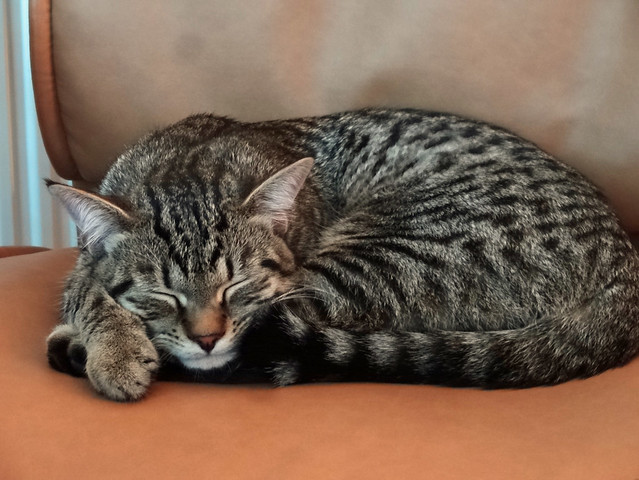 When I was fostering cats, my first cat (see photo above) was an obsessive suckler of me! He would lie in bed next to me and suckle on my clothes. They became quite wet which was slightly uncomfortable! I didn’t mind it but the lady who adopted the cat appears to have minded because she gave up this superb little tabby cat within two days.

She was the wrong person; no question about it, but cats who suckle on objects and often objects that smell of the person can present a problem to cat owners who are inexperienced which may lead to their relinquishment such as in the case described.