It seems a bit shocking that people are searching on the internet for a “cat shock collar”. It sounds gruesome. At first I had visions of some medieval training aid, which I would be strongly against, of course. However, we have to give all ideas and opinions a fair airing and discussion.

First, though what are cat shock collars? Well, they don’t actually exist but there are similar devices. There are dog shock collars that give a static electric shock on remote control command. They are used to train the dog. The classic is to stop the dog barking. The intensity of the shock can be set by the person.

These devices are also used to keep dogs within a certain area. The dog wears a collar and a cable is placed around the perimeter of the area concerned, When the dog approaches the cable the collar gives a mild electric shock. If the dog advances further the shock intensifies deterring the dog to go over the perimeter. That, as I understand is the basic idea.

The problem with cats is this. Although you can buy perimeter or boundary deterrents as described for cats there is no such device as a “cat shock collar” as far as I am aware. There are two important issues to consider (a) a dog shock collar should not be considered for use by a cat because the intensity of the shock is designed for a dog and (b) cats cannot be trained in the same way as dogs, or dogs are more responsive to training using these devices. To try and train a cat this way may well bring about unwanted and unpredictable behaviour. It is fundamental wrong I feel. In fact, I disagree with their use on dogs as well.

There is a third concern. How intense is the shock? I think we should try it out on ourselves first. I have read comments on the internet of strong currents delivering a hard shock when devices that are not controllable are used. This seems madness to me. There must be a more humane and positive way of training a dog. Discount products of poor quality are more likely to harm the dog and be bought by people who are not committed to training the harder but more humane and decent way.

The only time I have seen something similar for cats is the use of a device that contains a cat within an invisible boundary. A thin cable is placed around the edge of the cat caretaker’s garden and plugged into the mains electricity. A transformer reduces the current which can be controlled to find an intensity that deters the cat from crossing over the cable. I have seen this system installed and it did not work satisfactorily for an unknown reason.

I have never heard of a cat shock collar being used to specifically train a cat (other than stop at a boundary). I would be strongly against it. That said in other comments one or two people have said that it works.

If we are to assess shock collars we can only do it with any scientific accuracy in respect of studies with dogs. In one study it was found that inappropriate or inaccurate use of the collar, by the person remotely controlling it, caused high stress levels in dogs. This is because the dog could not understand why he was being shocked. The shock was not associated with specific behaviour (Schalke et al. study). In a perimeter control study, nonthreatening people near the perimeter were attacked by dogs who became aggressive. It seems the dogs associated the shock with the person nearby (Polsky study). It also seems to me that the intensity of these shocks is too high. They seem to be hurting the dog. It smacks of crude human behaviour not poor dog behaviour.

It seems that the conclusions that can be drawn are these. Shock collars, be they dog or cat shock collars, are commercially manufactured products. There is a profit element. There are no controls or standards as far as I am aware that ensure that they are suitable for use; fit for purpose. Cats and dogs have almost no rights, we know. Studies (as mentioned) throw up severe doubts about their efficacy and possible unforeseen outcomes. These grave doubts apply to dogs. On that basis, it would be foolhardy, indeed reckless and possibly cruel to use them on cats in an effort to train them.

The Amazon product is for illustrative purposes. Your comments and thoughts would be welcome and I don’t mind being criticised! 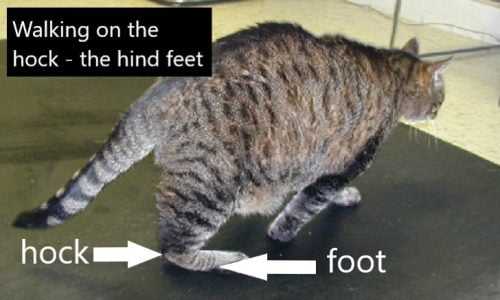 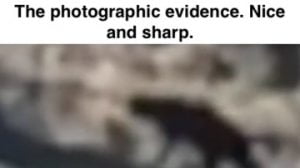