There is a cat that eats vegetation. The experts continually say that cats are obligate carnivores. This means that they must eat flesh. Their short digestive tract is built for the task of processing it and not vegetation. It means that cats cannot be vegetarians. Although there is vegetarian cat food on the market and some people have tried (and succeeded?) in turning their cats into vegetations. This is misguided and can cause serious illness says Desmond Morris a well known biologist.

The experts do say, though, that a cat will eat some vegetation. The vegetation is usually in the stomach of the killed and eaten prey of a wild cat. The Wikipedia author says this:

“An obligate or true carnivore depends solely on the nutrients found in animal flesh for their survival. While they may consume small amounts of plant material……some carnivorous mammals eat vegetation specifically as an emetic.”

An emetic is something that makes an animal vomit. But even when our cat eats grass it is not it seems to simply vomit as it doesn’t always cause vomiting. Other experts have suggested that the domestic cat eats grass as a laxative to help pass hair balls, or to add roughage to their diet or to calm throat inflammation. Desmond Morris disagrees with all these views.

Desmond Morris proposes that it is eaten to obtain small quantities of a vitamin called folic acid that plays a role in the production of haemoglobin, the oxygen carrying protein found in red blood cells. If a cat is deficient in it, it can cause feline anaemia. But we can learn something from the wild cats and one extremely beautiful wild cat, the Snow Leopard is a cat that eats vegetation. And, importantly, it would seem that the vegetation that it eats is not vegetation that “comes with the prey” (in the stomach of prey). This is because droppings have been studied that are composed entirely of willow twigs and other vegetation. And this is a cat that normally feeds on blue sheep (a large animal). 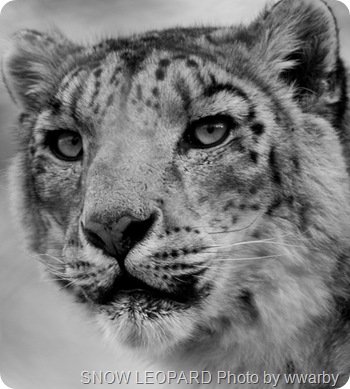 It seems that all snow leopards eat vegetation. In Pakistan more than 22% of faeces (scientists call these “scats”, a polite term) inspected contained plant matter and in Ladakh (in the northern Indian state of Jammu and Kashmir ) more than 50% contained vegetation including willow and Myricaria bushes (Myricaria germanica). Fourteen percent of scats from snow leopards in Hemis National Park (a high altitude national park in the Eastern Ladakh region) were made up entirely of Myricaria germanica. This cat also eats Tamarix twigs (found in scats in western Tien Shan, a mountain range in central Asia). These are not small amounts of vegetation incidental to the main diet of the flesh of prey. No other cat wild or domestic eats vegetation like this as far as I am aware. 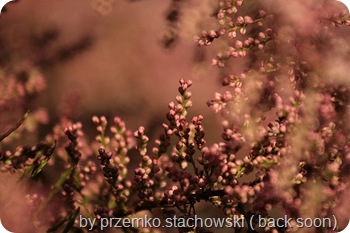 Tamarix parviflora – a variety of Tamarix to show what it looks like. I am not saying that this variety exists within the snow leopards range.

It is speculated that this is a cat that eats vegetation to supplement diet. And if that is the case, are all cats as strictly carnivorous as we think? This information should probably be made aware to people making homemade cat food, which is usually ground chicken with added supplements such as taurine an essential additive to a cat. Back to Tamarix twigs. It is said that Tamarix can contain a nutritious edible “exudate”. The word exudate usually means a high protein material in the form of a fluid inside a animal. They are sometimes called “manna plants” locally, apparently. However, I don’t think that this cat eats it as a source of nutrition.

Tamarix is a plant that is used by people in parts of the world for a wide range of medicinal and quasi-medical purposes (astringent, aphrodisiac, hepatitis, eczema and other skin diseases, syphilis and scaly skin conditions, tonic, jaundice, “bad evils”, rheumatism, wound and abscesses). In a research paper ) it was suggested that Tamarix could be used as a source of antioxidants for therapeutic purposes.

So, it is conceivable that the snow leopard is a cat that eats vegetation for specific health reasons. What sets the snow leopard apart from other wild cats is its habitat, an austere world of steeply slopping (40%) rock at high altitude. Perhaps this cold unforgiving environment has created a potential health problem that is countered by plant eating! It looks that way. Might it be that Desmond Morris is correct? At high altitude there is less oxygen. Folic acid is important in the process of oxygen distribution in the body. There is a link. Perhaps both these plants contain folic acid.

From Cat That Eats Vegetation to Wild Cat Species