There is a study out and the media have latched onto it. In doing so they have distorted it. The reports say that 13 participants achieved a 75% success rate in reading cats’ facial expressions. These were the cat whisperers. They were often people like veterinarians. You can read the study in its entirety by clicking on the link below:

Women were thus more likely than men to correctly identify cats’ affective states. This is the first demonstration of such an effect for cats, but is consistent with previous research demonstrating that women have greater abilities to decode non-verbal displays of emotion in both humans

The important point that I want to bring to the debate is that the way so called cat whisperers interpret the enigmatic feline facial expression is through a holistic approach.

Well, you can read very simple facial expressions which convey either a positive of negative feeling but if a person wants a more subtle interpretation you read the face in context and not in isolation of everything else.

There is a quiz which does show feline facial expressions only or that’s the intention. I did it and scored 75% because one of the expressions is ambiguous but it’s usefulness is questionable because, as mentioned, no one reads facial expresssions – feline or human – in isolation. We instinctively read them in context other factors.

The study also found that women were marginally better than men at reading cat facial expressions. This is probably because more women than men prefer cats as companions and it may be because they are more attuned to these social skills.

The study also concluded that young people were better than older people at it. I don’t believe this. It looks like a mistake to me. Not that I am against young people. It’s just that older cat guardians are more likely to have gained experience. More than 6,000 people participated from 85 countries. They watched cat videos.

We have be aware of cat anatomy too. The famous Grumpy Cat expression was not in any way linked to grumpiness. It was the cat’s bone structure which gave this impression. The French purebred cat, the Chartreux is called the smiling cat. Once again this due to the cat’s anatomy. The Chartreux is not alway smiling! There are many ‘ordinary’ cats with facial anatomy which gives the cat a false facial expression.

The ability to read a cat’s mind comes from experience. Reading facial expressions is part of the process. The cat has inherited a passive face from the wildcat. The reason is probably to do with survival. It is the same reason why cats show limited signs of pain. Once again experience tells us what to look for.

SOME MORE ON FACIAL EXPRESSIONS…

5 reasons why black cats are less likely to be adopted

Despite Cats Protection reporting that their campaign to promote black cats has been successful and that they now spend 11 ...
Read More

Why does this Ragdoll look so angry all the time? There can only be two possible reasons (1) he IS ...
Read More

We have to be careful not to project our thoughts onto kittens and cats. Also we should recognise the effect ...
Read More
Please comment here using either Facebook or WordPress (when available). 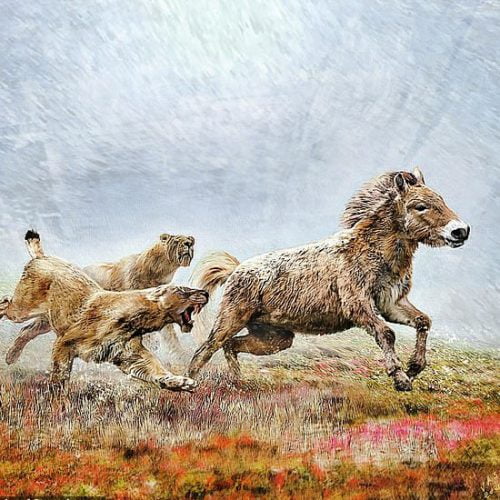 What is a feline tantalus?

I have decided that there is no such thing as a feline tantalus ...
Read More

Gertrude of Nivelles is lauded on social media as the patron saint of cats but this appears to be a ...
Read More