It is wrong to say that only lions live in groups because feral and stray cats live in colonies. And domestic cats in households often live in small groups too. Both the lion and the domestic cat are different species of cat (Panthera leo and Felis silvestris catus respectively). You might find that the internet states that the lion is the only social cat species living in groups i.e. prides. However, you will often see feral cats living in colonies which are large groups. These cats have become quite social. It is a misconception to think of feral cats as being exclusively anti-social and solitary. They sometimes live in groups because there will be a source of food available to them which brings them to that area and encourages them to live in relative harmony together. 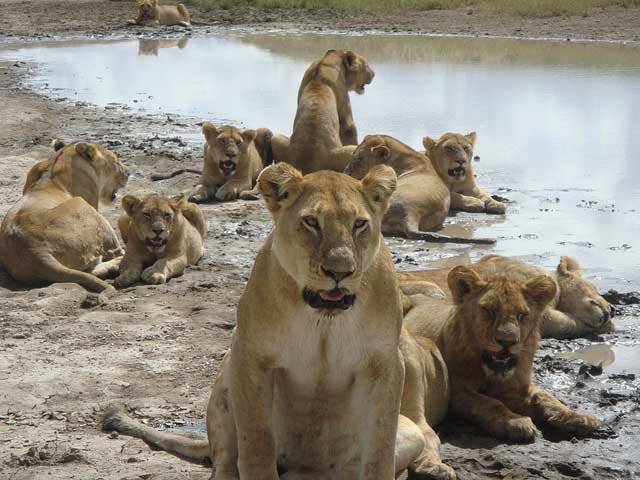 Domestic cats who have become strays also sometimes live in groups. Of course, they can live solitary lives as well but you will see them around a food source. It’s a social system which is driven by the predictability and the amount of their supply of food.

The domestic cat’s “land tenure system” (how they claim and retain their home range) varies “with the distribution of food”. Females will live in territories that do not overlap when the food is sparse but when plentiful females live in groups and the males are solitary. A good example would be a Japanese fishing village with fish offal as an available cat food. I’ve just written about the location of Japan’s cat islands where you will see large colonies of cats living together. 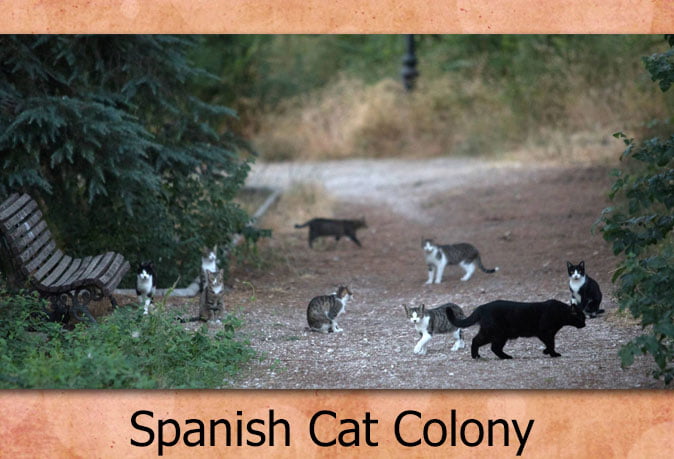 Clearly, the domestic cat is able to live together when the conditions are right to do so. As mentioned food is a key factor. All recorded incidences of domestic cats living in groups occur when there’s been a regular and abundant supply of food such as from garbage dumps. Related females support each other with respect to rearing their offspring.

Returning to the lion pride, they are composed of related females, their offspring and subadult (young) male offspring. The average number of adult females in a pride is between four and five but can be as high as eleven and as small as one. Male lions can form coalitions of two to six. The females live within the males’ territories. The lion pride is their social system which is stable but flexible.

Lionesses and their cubs may occupy the same place for generations whereas adult male lions are either ousted from the pride by a new group of males or they leave of their own volition.