About 40 years ago only a few people gave a second thought as to whether circus tigers were a bad thing. The world has changed and people are becoming more sensitive to what is right for the animal not what we find entertaining. One recent reason for this shift in opinion might be due to an awakening to the impact that humankind’s activities are having on the planet. I am thinking of global warming. This might be putting some of us in touch with nature where once it was out of our minds. 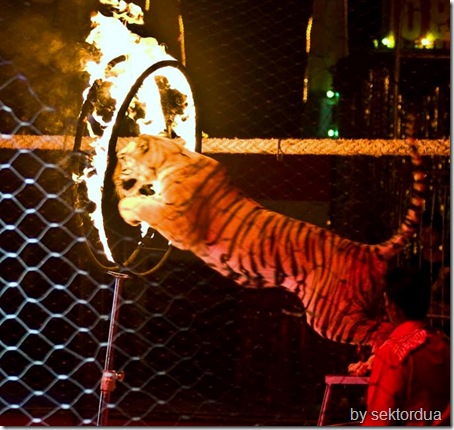 There is also the gradual realisation that tigers in the wild are at a tipping point where it might be impossible to prevent their extinction. This focuses attention on the tiger and may, in part, account for a recent story of the death of eight tigers, two of which were Siberian tigers and one lion.

All were circus big cats. They were killed by either:

People are not sure of the cause of death but what is certain is that their deaths were preventable and the cause is due to carelessness, which ever way you look at it. They were being transported in a lorry. The tigers commenced the 20 hour journey (at Neryungri, I understand – see map below) alive and were dead at its end.

Two questions are thrown up by this disaster. Two of the tigers were Siberian tigers. Their natural habitat is on the east coast of Russia surrounding Vladivostok. The effective population of this tiger is a fraction (35) of the actual population (about 300). Where are the replacement tigers going to come from? The wild, other circuses or zoos? Are the many circuses in Russia partly responsible for keeping the wild Siberian tiger on the edge of extinction?

I don’t know whether the circuses in Russia have a negative impact on the population of wild tigers. Six of the tigers killed were Bengal tigers, a species of tiger suffering a dangerous decline in population.

There is a growing general consensus that circus tigers are a throwback to a different age. Times have changed and a rethink is due. There is talk of banning circus tigers and other performing animals in travelling circuses in England and Wales.

A government consultation is being started (on 24th Dec 2009). The Department for Environment Food and Rural Affairs (UK) is considering a ban or self-regulation. It would seem that the ban can be effected under existing law, the Animal Welfare Act 2006.

Bolivia is ahead of the game. There, the authorities have already banned animals from circuses on the basis that it is an act of cruelty. Circuses in Bolivia have until July 2010 to remove animals. 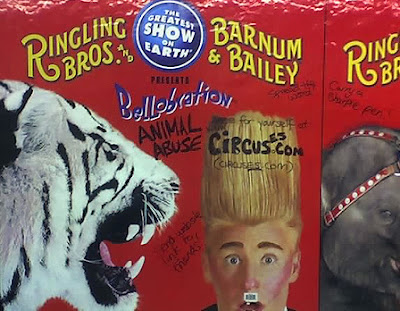 "The idea that it is funny to see wild animals coerced into acting like clumsy humans, or thrilling to see powerful beasts reduced to cringing cowards by a whipcracking trainer is primitive and medieval. It stems from the old idea that we are superior to other species and have the right to hold domnion over them."

I argue fair use in quoting Desmond Morris.