Here is an example of clever cat conservation. It seems to me as if it is a piece of enlightened lateral thinking. The cat concerned is the snow leopard, a startlingly beautiful and elegant rock climber. And how have the conservation experts gone about helping to save this cat in the wild? By vaccinating cattle. It wasn't immediately obvious what was going on to me but it gradually dawned on me.

I am talking about the Snow Leopard Trust's livestock vaccination program in the most northern district, Chitral, of Pakistan's North West Frontier that borders China and Afghanistan. 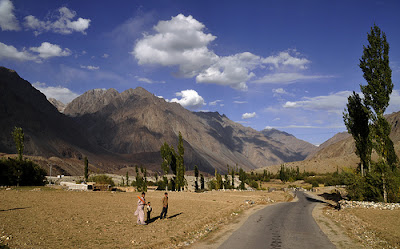 It is one of Pakistan's most rugged regions. The area represents about 30% of the snow leopards range in Pakistan.

This is clever cat conservation. There should be more, much more like it.