Considerations when buying a breed of cat

There are probably 3 main headings on this topic: health, appearance and character.  There is a fourth sub-topic which is considering how you are going to introduce a new cat to a household where there are already cats present.

This is not meant to be a comprehensive page but simply some pointers and discussion points.

As mentioned, there are inherited diseases attached to certain cat breeds.  In outline, these are referred to in the major pages on the cat breeds on this website, the first of which is on this page (there are links to subsequent pages).  When you scroll down the page you will see a reference to the health considerations of each breed on the left-hand side.

In addition, there is a comprehensive page on inherited diseases amongst the purebred cats on this page (also: search results on PoC for genetic diseases and note Bengal Nose).  Personally, I would check health issues associated with a cat breed before looking at appearance and character because I’m aware that the majority of people consider the health of their cat of primary importance. There are monetary considerations to take into account in respect of vet’s fees as well as the cat’s welfare.

In addition to inherited diseases there is the general health and welfare of the cat to be adopted (i.e. parasites and viral infections).  There is a page on this website featuring a large, annotated image which sets out the major observations that an adopter should be making when observing a cat (usually a kitten) which might be bought.

The whole point of the cat breeds is that they are different from each other.  Therefore there is a wide choice.  Appearance can possibly be bracketed into two topics: body shape and coat type.

If you have a preference for a certain body shape, either more rounded and cobby or more elegant and slender (foreign) then on this website there is a useful page on cat body types which sets out the different body types encountered when observing purebred cats combined with some links and reference to the specific cat breeds involved. There is an associated page on cat head shapes and ear types as well.

The Mains Coon cat is a very popular cat and a purchaser should be aware that the two major American associations have different opinions as to the appearance of this cat. The Cat Fanciers’ Association (CFA) prefer a more refined appearance whereas The International Cat Association (TICA) feel a more natural appearance, harking back to the barn cat heritage of this breed, is preferable. 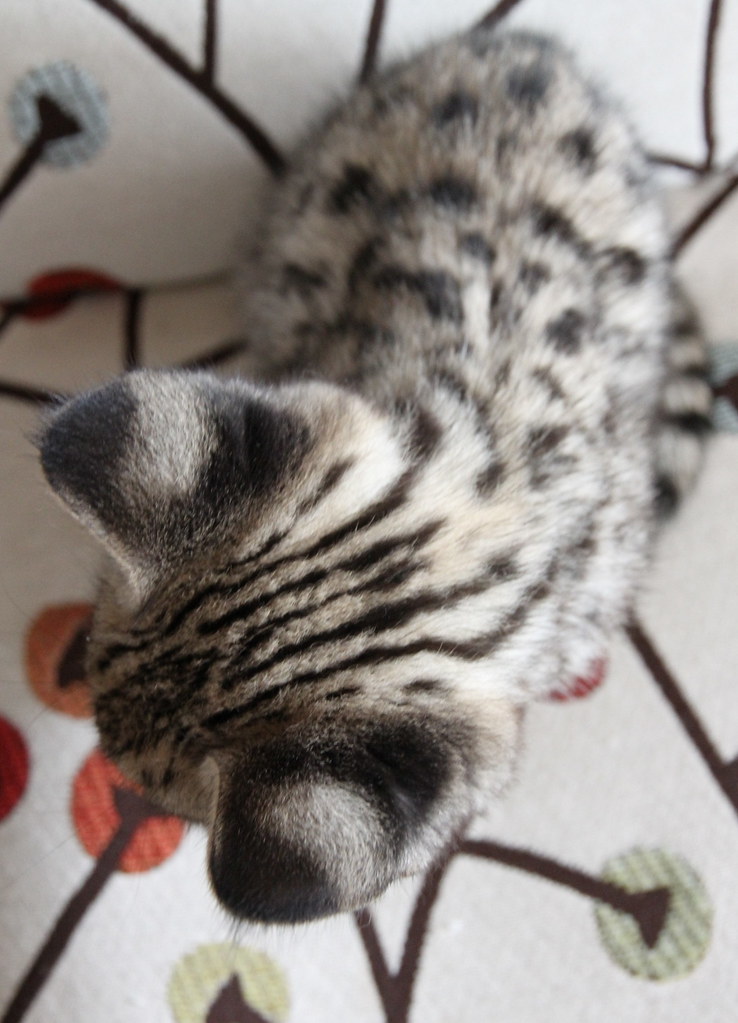 I’m going to presume that like all good cat caretakers a purchaser will have their cat neutered or spayed at the correct time.  It must be fair to say that neutering a cat takes away some of that masculinity or femininity and the characteristics that go with the gender.  Therefore, the question as to whether you should adopt a male or female cat becomes less of a challenge.  In my years of running this website I get the general impression that male cats are generally more laid-back and have more amenable characters but I stress that this is a general observation on comments received.  I’m willing to accept counter comments from anybody with different ideas.

The cat breeders through the cat fancy associations tend to overemphasize the general character of cats belonging to a certain breed.  The character of individual cat is more likely to be molded through inheritance and environmental influences rather than through selective breeding, in my opinion. Although there are some faint character traits associated with certain cat breeds.

On the major pages, on this site (starting here), setting out the cat breeds you will find reference to the character of each cat breed, in summary.  Although, I confess, that this is a rather vague area, as implied above.

Bearing that in mind, it is sensible to judge a cat’s character on a cat-by-cat basis. In addition, if the personality of the cat is very important to you, you will probably have more success if you buy an adult cat because the person caring for him or her, perhaps the breeder, should be able to tell you about the cat’s past life, his behavior and his likes and dislikes.

Whereas if you buy a kitten, the adult cat that you end up with after say 1-2 years will be partly down to luck.  There may be signs which suggest to you that your new kitten will grow up to be active or perhaps lazy.  You may think he will become playful or serious, outgoing or shy but ultimately this will be guesswork.

It is possible to observe some character traits in a kitten that you wish to buy when you are visiting the breeder.  Incidentally, it is important to visit the breeder in my opinion for reasons such as judging character and to make an assessment as to how good the breeder is.  Not all breeders are good or alike in the quality of their facilities and their attitude.

For example, a kitten who is first to investigate something new is probably likely to be more confident.  A lot of people like confident cats because they’re more likely to interact and be outgoing.  However, a certain amount of caution is desirable if the cat is an outdoor/indoor cat.

If a kitten waits for his brother to check out a new object by sniffing it and exploring it then you can probably say that he is more timid than his brother.  The kitten who launches into play with litter mates will probably enjoy chasing and hunting as an adult whereas the kitten who is quiet when picked up is more likely to enjoy being a lap cat when he’s grown up.  And the female kitten who tries to wriggle away from you may be more independent and not enjoy close contact quite so much. These are rather vague pointers I feel.

Of course the environment that you create will have an effect on the kitten’s developing character to a minor extent. It is said that cat’s character is formed by 7 weeks.

This is a topic of its own and somewhat related to character (see also search results on PoC on this topic).  However, all cats are territorial, an overriding trait stronger than the cat’s character. Care should be taken. There are several pages on this website about this.   One consideration under this topic is that, although there is no guarantee, buying a neutered (neutered or spayed) cat of the opposite sex to your other neutered cat increases your chances of successfully integrating them.  Also it is said that an older cat feels less threatened by a kitten. A male cat is less likely to have confrontations with a small female cat than a large male cat and vice versa.

Kittens who are siblings will get on well together but I’m told that when they become adults problems occasionally occur between them.  If you buy two kittens at the same time both of which are neutered their sex is less likely to matter when they are adults because they will have grown up together. Thought should be given to introducing a new cat and assumptions put in the bin.

P.S. Get a contract and read it when buying a cat.