Toby from Tummy and Gummy on Instagram. He has cutaneous asthenia; a skin disorder caused by a collagen defect due to an inherited defective gene. Screenshot.

This is a slightly creepy video. It’s not meant to be. It just looks odd and a bit shocking. Cutaneous asthenia is a genetically inherited condition caused by defective gene which affects collagen production in the skin which makes the skin very loose as you can see in the video. The skin is also fragile and it can be scratched easily and bruised. It can cause irritation to the cat which also means that they might scratched themselves which in turn leads to the possibility that the cat’s caregiver might have their cat declawed.

I find that distressing to be honest because when you declaw a cat you basically add to their medical problems. There can be severe, permanent complications with declawing so I think it would be very unfortunate if a cat owner declawed their cat if they suffered from cutaneous asthenia which is also known as Ehlers-Danlos Syndrome (EDS).

Fortunately, I am pleased to say that this cat, whose name is Toby, has not been declawed because we can see them clearly in the video. He does look like a monster coming out from the deep. He reminds me, sadly, of the zombies in the Amazon prime popular series, The Walking Dead, after they have been immersed in water for about 18 months. That is an unkind description but it does come to my mind. I’m sure that Toby is a perfectly normal cat except for his shocking appearance. I have written about him before which you can read by clicking on this link if you wish. The condition also affects other parts of the cat’s anatomy such as the joints making them lax and the eyes (myopia, retinal detachment and glaucoma).

Toby has an Instagram account as you can tell which is very popular. He is a celebrity cat. Personally, and this is an entirely personal viewpoint, I don’t like to see cats with medical conditions being turned into celebrities on social media. I know that might seem like a tiresome remark to make to a lot of people but it is my opinion. We don’t do this sort of thing with people so we should not do it with domestic cats.

One commenter on the catsite.com said this about their cat Fidel who has the condition:

Fidel is ten and a half now and is well and happy. He has to wear an Elizabethan collar all the time as the skin around his neck and ears is really thin and he rips it open without the collar. He can’t go outside and we make sure he has regular flea treatments but he’s okay, the condition is manageable.

What type of cat is Hecker?

Well, there is not much to say when answering the question in the title. Hecker is a tame caracal. He ...
Read More

Picture of ‘Pyro’ the only wartime flying domestic cat

This is very late in the day to acknowledge and celebrate the achievements of a humble tabby cat who was ...
Read More

There are a couple of well-known photographs of Charles Lindbergh with a kitten. He was the famous American aviator, who ...
Read More 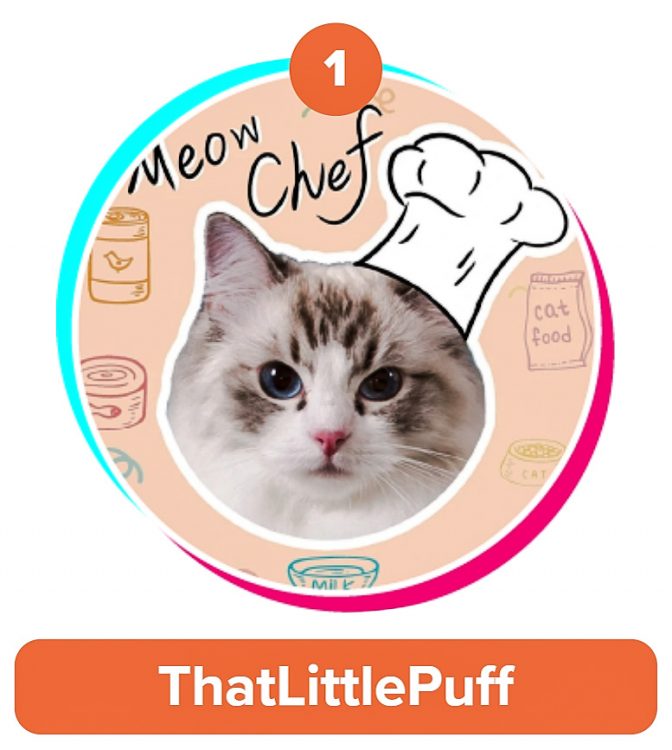 According to the allaboutcats.com website, 'thatlitttlepuff', an attractive gray-and-white influencer cat with blue eyes, is the most successful TikToker with ...
Read More

What cat breed is Beluga?

Beluga is not a breed of cat. Beluga is a random-bred cat i.e. a moggy. Although I sense that it ...
Read More

What type of cat is Crookshanks?

Crookshanks is a ginger, tabby Persian cat - a purebred cat. He has tear duct overflow as evidenced by staining ...
Read More

What kind of cat is Richard Kitty (on Instagram)?

Richard Kitty is one of the most popular Instagram cats. What is really nice about Richard is that he is ...
Read More

Here are 24 facts about Instagram influencer Nala Cat™. The facts have been gleaned from various websites and brought together ...
Read More

Fattest cat in the world 2022 and discussion

It has to be said that there is an ethical issue about having a world record for the fattest cat ...
Read More

The chinchilla Persian is one of the cat fancy's most glamorous cats. I'm referring to the traditional doll face variety ...
Read More

Sweet white cat dominates the dogs on her trips around London

This sweet and beautiful all-white cat dominates and terrorises the dogs that she meets on her trips around London with ...
Read More

Here is a brief note about Wilberforce one of 10 Downing Street's resident mouser cats and companions. He was a ...
Read More