Peanut at 4 months and 9 pounds

This cat whose name is Peanut, was found on the bridge between South Padre Island and Port Isabel Texas (see map below added by Michael (Admin)). This "little" fellow is only 6 months old and according to the vet weighs 12 pounds, and is a foot tall already. The vet seems to think that he will reach 20-25 pounds. Peanut has a slightly elongated face, and the vet seems to think that somehow he might be the product of a domestic-wildcat morph or breed. 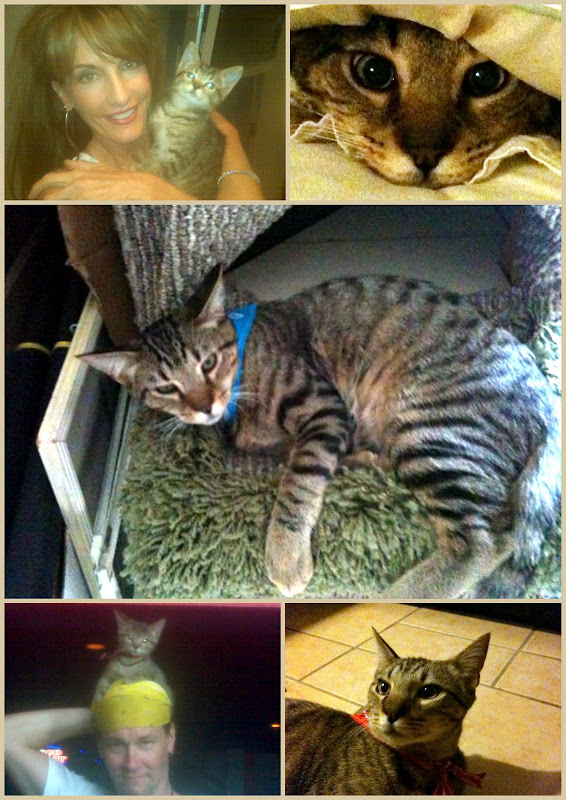 He is very unique, and also was found just 20-25 miles from an Ocelot refuse at Laguna Atascosa wildlife park. Hmmmmm.... well slight chance. Here is my friend holding him at 4 months, and laying next to him at 6 months. Big boy!!

Maybe someone out there might be able to shed some light on what he could be. Check out the pic.

Update August 2011..new picture of Peanut. Darren says, "Well he's 2 now and I wanted to update you with some photos. He's now tipping the scales at 21 pounds. 17 and a half inches tall!" (Comment by Michael: is that 17.5 inches to the shoulder? If so it makes him taller than MAGIC which I don't think is the case). 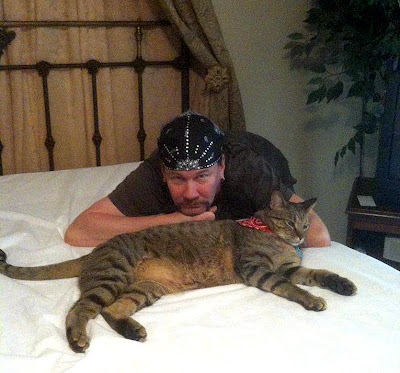 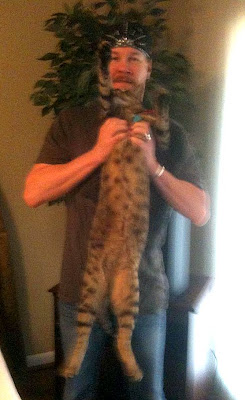