↓
Home→Uncategorized→DECLAWING AS PART OF ‘THE WORKS’

DECLAWING AS PART OF ‘THE WORKS’

I was inspired to write this article because of a Google alert I received today.

A young girl was asking for advice about how to get her father to agree to her having a kitten and if she persuaded him what would she need to know about cats as she hadn’t had a pet before.

She had some good replies about the cost of all the kitten would need and the commitment needed to care for a cat properly for his lifetime. 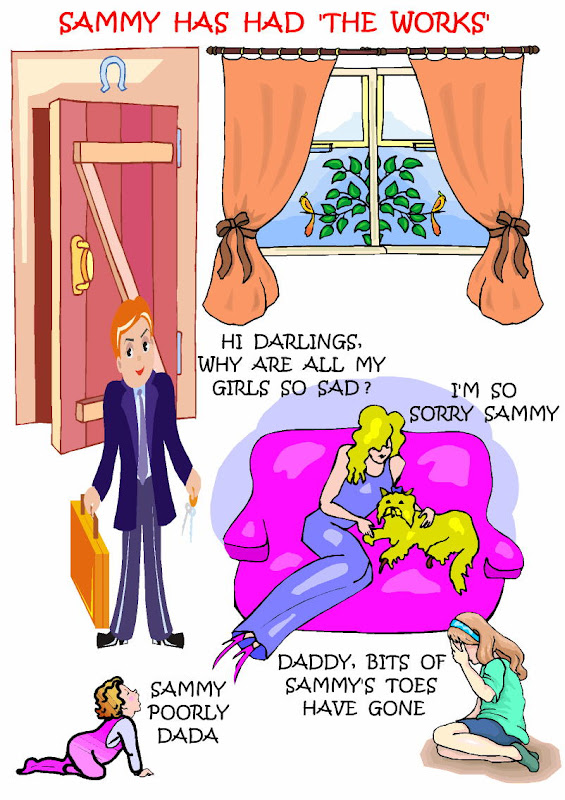 But one reply was frighteningly bad advice from someone who had recently got a kitten herself and was boasting that she’d taken it to the vets immediately for ‘the works’ which all kittens should have.

Declawing was obviously her first priority!

But the most shocking thing of all was that she obviously truly believed she had done the best for her kitten!

To get rid of those nasty claws means not having to buy a scratching post she said.

Those claws were written off as ‘nasty’ as if the kitten was far better off without them.

So this very ignorant person could cause many more kittens to be taken by others for ‘the works’ too, thinking it’s the right thing to do.

I just cannot understand the mentality of this because I live in a country where declawing has never ever as far as I know, been done for convenience.

I’d been working with vets for many years before I even knew there was such a procedure because someone asked me about it for her cat. I was totally shocked and immediately said of course no vet would ever do that.

I felt sick at the thought of the removal of cats very essential claws and I didn’t know at that time it was even more than that, it was actually the amputation of the last toe joints.

Thankfully when I checked with the vet he agreed with me and told the client she’d never find a vet in the UK willing to do that to a cat apart from the cat having an incurable disease of the toes.

That is why I find it incredible that some vets in the USA and Canada not only agree to declaw kittens and cats, they actively encourage it and people like that person giving ‘advice’ help them to make millions of dollars out of a supposedly last resort operation.

It seems to me a sort of brainwashing has been passed down the generations since declawing began in those countries.

Many families like the one in the poster only find out later after their pet is back home that having him declawed was a terrible thing to do.
That their previously happy healthy cat will never be the same again!

How many more families have to suffer guilt and their cats have to suffer from being declawed before vets begin to do the right thing and educate their clients as to the alternatives to this major and unnecessary surgery ?

In my opinion it is surely well past the time it was relegated to the history books!

See over 150 articles on Declawing Cats