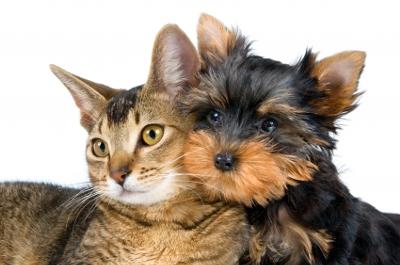 Perfectly Formed -- In the UK cat breeding is following dog breeding. There is a shift away from appearance towards health and temperament. Photo is copyright protected.

25-11-09: Deformed cats in this post does not refer to some X rated monster in a video that some people like to seek out and gawp at, but to some of the purebred cats that are created to type (to the breed standard) and which are admired by many people in the cat fancy but which are now in the news again.

Perhaps deformed is too strong a word but the dictionary definition (To spoil the natural form of; misshape - Free Dictionary) does support my use of the word and other people have used stronger language ("bizarre mutant cats" - Telegraph newspaper online 21-11-09). It is to the Telegraph article that I refer. Claire Bessant, the chief executive of the Feline Advisory Bureau (FAB) is quoted as saying in this article that some purebred cats had become "a bastardisation" of the domestic cat.

Please note: It is not my intention to run down cat breeders. I am simply reporting what is out there. Nor am I apportioning blame but if there is blame it rests with the cat associations for a failure to lead, in my opinion.

I guess you know what I am talking about. I have fairly gently been remarking about overbreeding and inbreeding in the cat fancy from time to time. I don't like it and nor, in fact, do many others. And that goes for the leading cat fancy association in the UK, the Governing Council of the Cat Fancy (GCCF) as they say, according to the Telegraph article, that they are going to issue fresh guidelines on breeding policy. This mirrors what is currently happening with the Kennel Club the organisers of Crufts, the world's largest dog show.

The GCCF had their annual show recently (21-11-09) and it seems to have been a timely moment to remind the press and others of the problems the dog fancy faced some years ago (Crufts Dog Show) and still face today over breeding too heavily to type (appearance) to the detriment of health. In short the breeding of extreme or what some would consider deformed cats.

There is a gradual awareness of the health issues of overbreeding of some purebred cats. The main culprit is the flat faced Persian (Persian Cats and Persian Cat Health Problems). Another is the Modern Siamese. The former is flat faced and the latter rat faced! These two cats are the usual suspects; there are others. The traditional Persian is so much more attractive. And that is not meant to be a subjective statement as about 75% of people agree (see poll on here). Over 75% of visitors to this site also agree that the traditional Siamese is better too.

It is stated in the article that the Modern Siamese is bred with an extreme wedge shaped head, which sometimes leads to unnaturally small skulls to the detriment of health (e.g. sight problems). I haven't heard that before but when you see these cats at shows they don't look like cats (is there something in that - perhaps people are trying to breed something that is not a true cat?).

The story was kicked off, it seems by an article in the Journal of Feline Medicine and Surgery, in which CT scanning by scientists at the University of Leipzig in Germany allowed them to discuss, for example, the distorted (deformed) skull of the flat faced Persian cat. The writers of this research paper (that I have not seen) are calling for a change to the breed standards (about time - the Ultra Persian standard calls for the face to be completely flat, its true) and even suggest that some breeders be prosecuted. I can actually relate to that because although the majority of breeders are concerned with the health of their cats (within the impossible restrictions of some of the breed standards) some are not.

Another cat with a distorted skull causing illness (sometimes) is the American purebred Burmese cat.

A very technical yet informative research paper called: The Accent of Cat Breeds by a host of eminent scientists (see cat genetics for more) says that the Burmese cat (the American Burmese) with the Singapura are the most intensity inbred of all the purebred cats. The American Burmese has a number of health issues and is overbred to type, it has been argued. You should know that the Siberian cat is the least inbred and its genetic diversity is similar to moggie cats (random bred cats). The Modern Siamese and Persian fall between the Siberian and Singapura. Both the Modern Siamese and flat faced Persian have the greatest number of genetic defects of all the purebred cats according to Ross D.Clark, DVM (please see Genetic Diseases in Purebred Cats - new window)

Well, this problem of what I have called deformed cats is back in the news. It seems to be discussed from time to time but nothing happens.

The cat fancy is very set in its ways and they hate articles like this. The people who run the cat fancy such as the managers of the Cat Fancy Association (CFA) think they know best and are, it could be argued, quite arrogant in taking that stance. The CFA do not take a strong enough lead on breeding issues (I criticise the CFA)

In the end the people (those outside the cat fancy) will force change because the bottom line is that it is a business and the public don't want to buy unhealthy cats.

From Deformed Cats to Cat News