↓
Home→Cat News→crime→Did a cat use this elderly woman’s face as a scratching post? 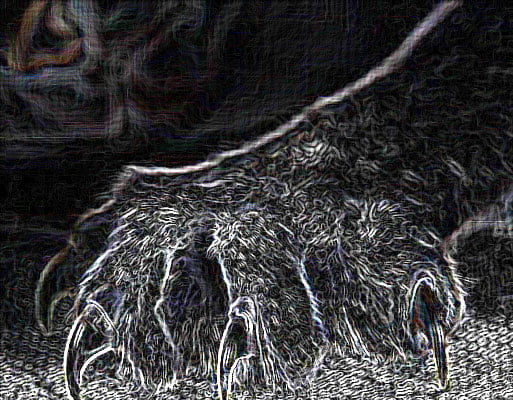 Image: in public domain and manipulated by Admin.

Can a domestic cat be charged with attempted murder? The answer has to be a resounding No because murder only relates to humans. However, the Japanese police are looking into the attempted murder of an elderly, bedridden lady, Mayuko Matsumoto, 82, and the chief suspect is a cat!

It does seem extraordinary and I am unsure if this is being reported accurately. Matsumoto was found in bed with her face covered in blood caused by about 20 cuts (scratches?). She had to receive emergency medical care.

“Her face was soaked in blood. I don’t know what happened.” (Matsumoto’s daughter).

The police are investigating of course. Matsumoto’s home was not broken into and there was no indication of any additional crime such as burglary. The ‘cuts’ on her face looked like scratches which in turn lead the police to consider the stray cats at the rear of Matsumoto’s home where they found traces of blood.

Nishinippon Shimbun newspaper reported Friday that one of the cats looked as if there was blood on him/her.

“Police are analyzing a blood sample taken from the claw of the cat which might have scratched the victim,” national broadcaster NHK reported.

Comment: We are told that Matsumoto is bedridden and therefore could not be feeding the cats. If she was it would be conceivable that one of the cats attacked her for some inexplicable reason.

We don’t know if there was access into her home for cats. The truth of the matter is that a stray cat would not attack a woman solely around the face as described for no reason. It is inconceivable. There would be other scratches on the hands for instance if Matsumoto become embroiled in a fight with one of the cats. For the scratches to only be on the face is bizarre and does not point to cats.

Perhaps a cat was trying to wake her up desperately. She may have been friendly with some of these cats. Or there is a possible but equally bizarre explanation that crosses my mind. Matsumoto being bed ridden and unable to speak may be very static: completely still for long periods. A cat may have been able to get into her home and treat her face as a scratching post. I know this is an extreme suggestion but the evidence as read points to this possibility. Either that or someone is framing cats. 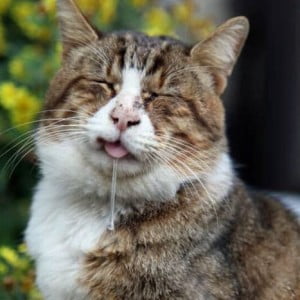