My research reveals two cats that he lived with. There may have been more. One of his pet cats was the inspiration for his short story The Black Cat which was first published on August 19, 1843 in The Saturday Evening Post. It is a macabre story in which the narrator loved cats until he abused them. It started when his favourite black cat scratched him and he punished the cat by cutting an eye out and then hanging the cat from a tree. He found another black cat which he tried to kill with an axe but his wife stopped him and so he killed his wife instead. He concealed his wife’s body behind a brick wall in the basement but inadvertently bricked up the black cat as well. When the police turned up and tapped the wall the cat shrieked revealing his wife’s corpse.

The cat which inspired this macabre short story was a tortoiseshell cat (and therefore female). At the time Edgar Allan Poe’s wife was dying of tuberculosis in the winter of 1846 when the couple were destitute. A visitor found his wife lying on a bed of straw “wrapped in her husband’s greatcoat with a large tortoiseshell cat in her bosom. The wonderful cat seemed conscious of her great usefulness. The coat and the cat were the sufferer’s only means of warmth.”

I don’t know the source of that quote but the information comes from Dr. Desmond Morris. The tortoiseshell cat’s name was Catarina. I have also seen the name spelled ‘Catterina’.

The other cat mentioned was a Siamese cat and it is said that Poe would place his Siamese cat on his shoulder before he started to write a poem. Once again, he sought inspiration from his cat. Great writers often do this or their cats provide them with reliable companionship.

Edgar Allan Poe is a very famous American writer and was one of the first to write short stories. People consider him to be the inventor of the detective fiction genre and he made a living from writing alone which was unusual and difficult. He had a difficult time keeping his head above water financially as indicated in the first paragraph of this article. He was born in Boston Massachusetts on January 19, 1809 and was the second child of an English born actress Elizabeth Poe and the actor David Poe Junior.

I will jump forward to his death which is mysterious and it seems as horrible as some of his stories. He was found delirious on the streets of Baltimore in great distress and in need of assistance. He was taken to the Washington Medical College where he died about four days later. The death certificate has been lost and people have guessed the cause of his death which has been put down variously to heart disease, syphilis, cholera and even rabies. All his medical records have been lost as well so we don’t know. However, he died at the age of 40 so he died of an illness of some sort.

Other speculative causes of his death include alcoholism, substance abuse and suicide. Having dipped into his biography and skimmed it in order to write this, it seems to me that he had a very hard life but he became very famous. He was clearly very talented. It is a shame that he suffered. Was he as famous when he was alive as he became after his passing?

P.S. He liked cats. I can warm to him because of that simple fact. 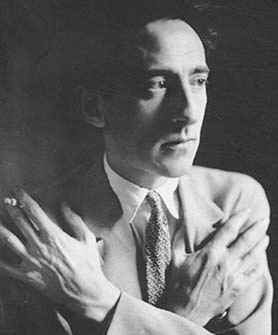 At this very minute, there must be thousands of writers pondering what to write next with a cat companion at ...
Read More